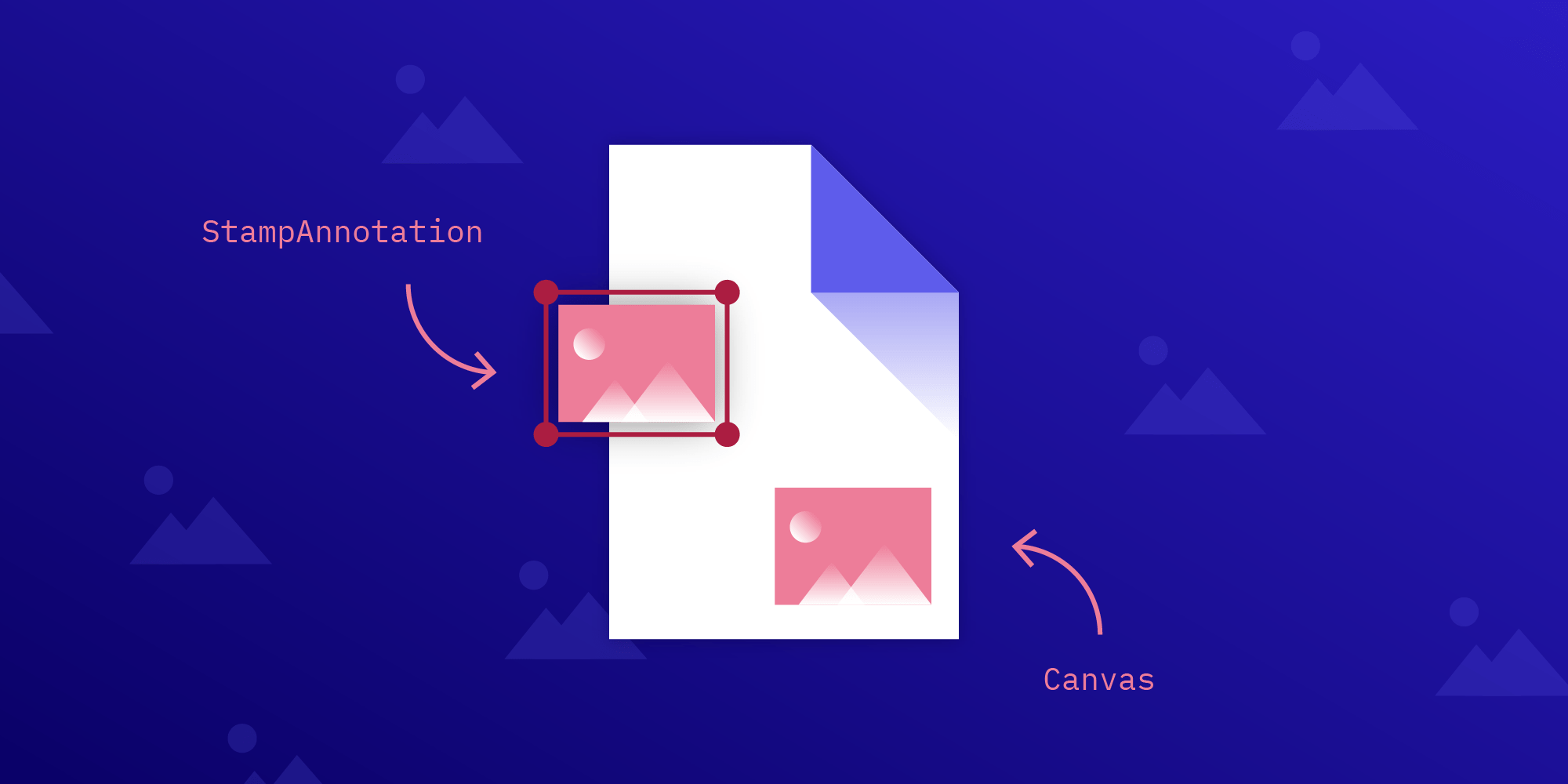 The PDF file format is extremely versatile, and it allows you to include many different kinds of content in your documents. Today we’ll take a look at how to embed images into existing documents. When using PSPDFKit for Android, there are two ways to add images to a document. Let’s start by looking at the simplest way: adding them as annotations.

Using an annotation to include an image in a PDF is a straightforward operation. Simply create a StampAnnotation with your image set and add it to the document:

In the above example, the image comes from the application assets, but the BitmapFactory supports decoding bitmaps from other sources as well, including files, Android resources, and streams.

If you want to make the annotation a permanent part of the document, you can use PdfProcessor#fromDocument to create a PdfProcessorTask. This is an operation that will be executed on the document. Among other things, it allows you to change annotations via the changeAnnotations method. We will use this method to flatten the image into the document (make it non-editable):

If you now open the produced file, you will see that it includes our image, but it can no longer be moved or otherwise be edited. This is because we flattened it into the document using PdfProcessorTask.AnnotationProcessingMode.FLATTEN.

Next, let’s look at how to use PdfProcessor directly to embed an image without having to create an annotation first.

The PdfProcessor provides an API that allows you to attach a PageCanvas to existing pages, which then lets you to draw your content on top of them. We can use this to permanently add an image on top of the page:

We still load the bitmap like before, but now instead of creating a StampAnnotation, we simply draw it on the Canvas we obtained from the PageCanvas. You can also draw anything else you desire in this callback, including text and shapes, and they will be included in the final PDF.

And there you have it: two great ways to include images using PSPDFKit for Android. No matter what your use case is, if it involves PDFs, PSPDFKit is the right choice, as it provides simple APIs for manipulating and annotating documents.