Introducing PSPDFKit 6.9 for iOS! This version features a new text markup behavior, a refreshed Catalog example project, various improvements to signatures and some UI tweaks. You can, as always, read up on all the details in the changelog.

In this release, we significantly improved the text selection behavior while marking up text. Previously, the text markup tool provided a rectangular selection area that you could place around the text that should be marked up. This behavior sometimes made it hard to select just a specific part of a larger text block. Now you are presented with the same interface we use during regular text selection, which allows you to easily markup text in multiple lines. You are even presented with a text loupe during selection to improve accuracy. This is now used for all our markup annotations — highlights, strikeouts, squiggles, and underlines.

The PSPDFKit Catalog example project received some content updates as well as a slight visual refresh. We added a lot of new Swift examples that are now living next to the existing Objective-C examples. To help you distinguish between the similarly named Swift and Objective-C examples, we extended the catalog UI to show the example language with a symbol right in the example selection UI. This way if you are playing around with the example code then you’ll always know which example to select. There is also a new switch on the top, allowing you to filter the examples by language type.

If you would like to change this behavior back, take a look at the new modifyFormsOfType:change: on PSPDFProcessorConfiguration API. This allows you to modify (flatten, embed, or remove) form elements on a document by type, without changing other annotations. This is also explained in more detail in the guide article about document processing.

We also improved many other details around our Digital Signatures component, following the big revamp in the last release. More types of certificates are supported, certificate validation has been improved, and the Adobe root CA is now included by default when using PSPDFSignatureManager, so documents can more easily be verified the same way as on desktop readers. We are still not done yet, and there is even more to come in future releases. Stay tuned!

This version also comes with a variety of smaller UI changes and tweaks. Most notably, free text callout annotations now behave much better when dragging the arrow head around.

Like always, this release also includes various other smaller improvements and bug-fixes.

Touch handling while drawing ink and shape annotations, as well as when erasing, has been rewritten in this release. We are now using using a custom gesture recognizer instead of touch handling directly. This allows for a more streamlined drawing interaction and improves recognition of other gestures. While doing this we also tweaked our line thickness algorithm a bit to produce better results when using the Apple Pencil.

We also improved support for (custom) fixed size annotations. These are annotations that stay the same size independent of the page zoom scale, like note and sound annotations do by default. Please have a look at the FloatingStampsExample.swift in the Catalog or head over to our guides, to learn more about this feature. 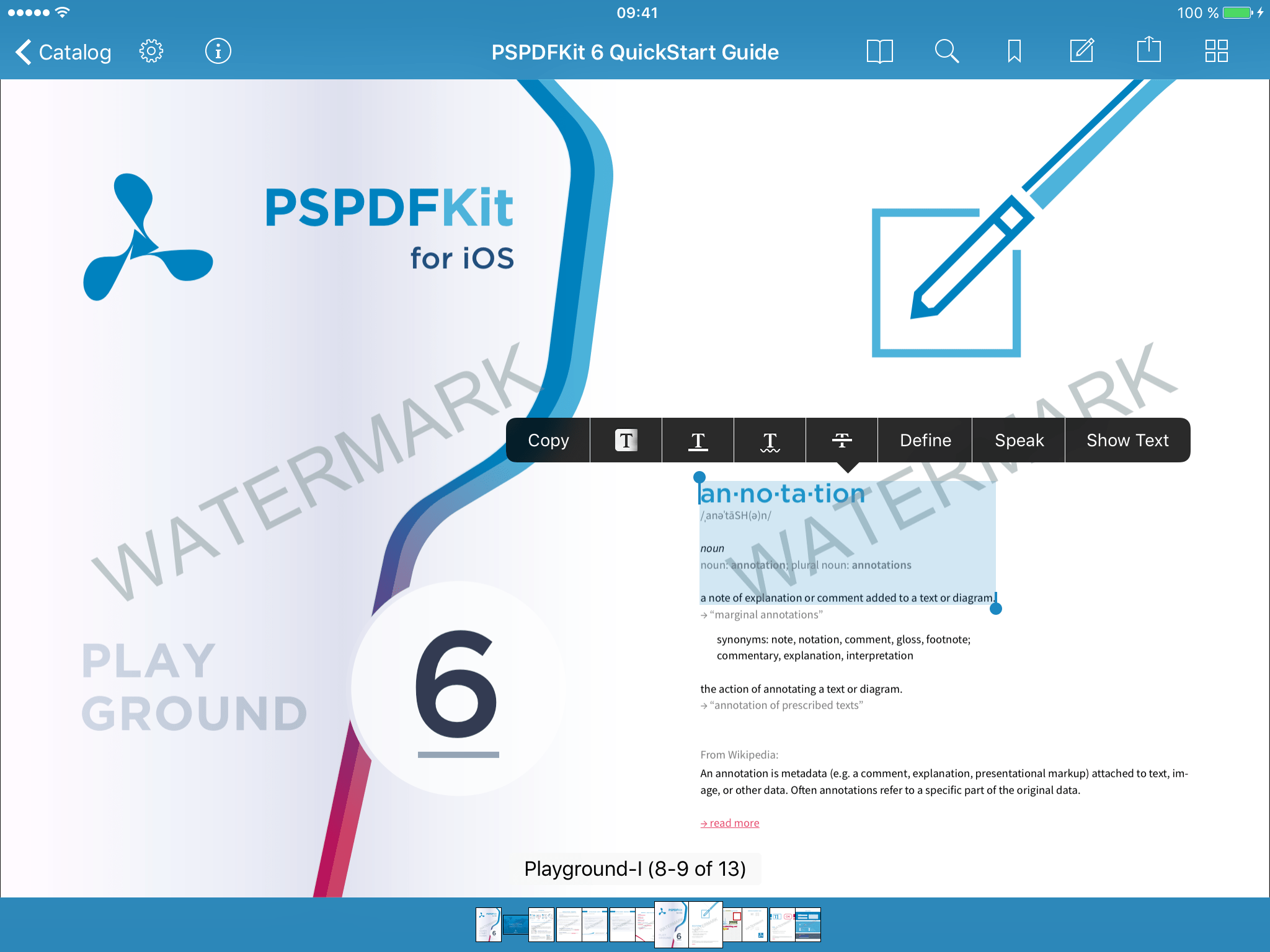 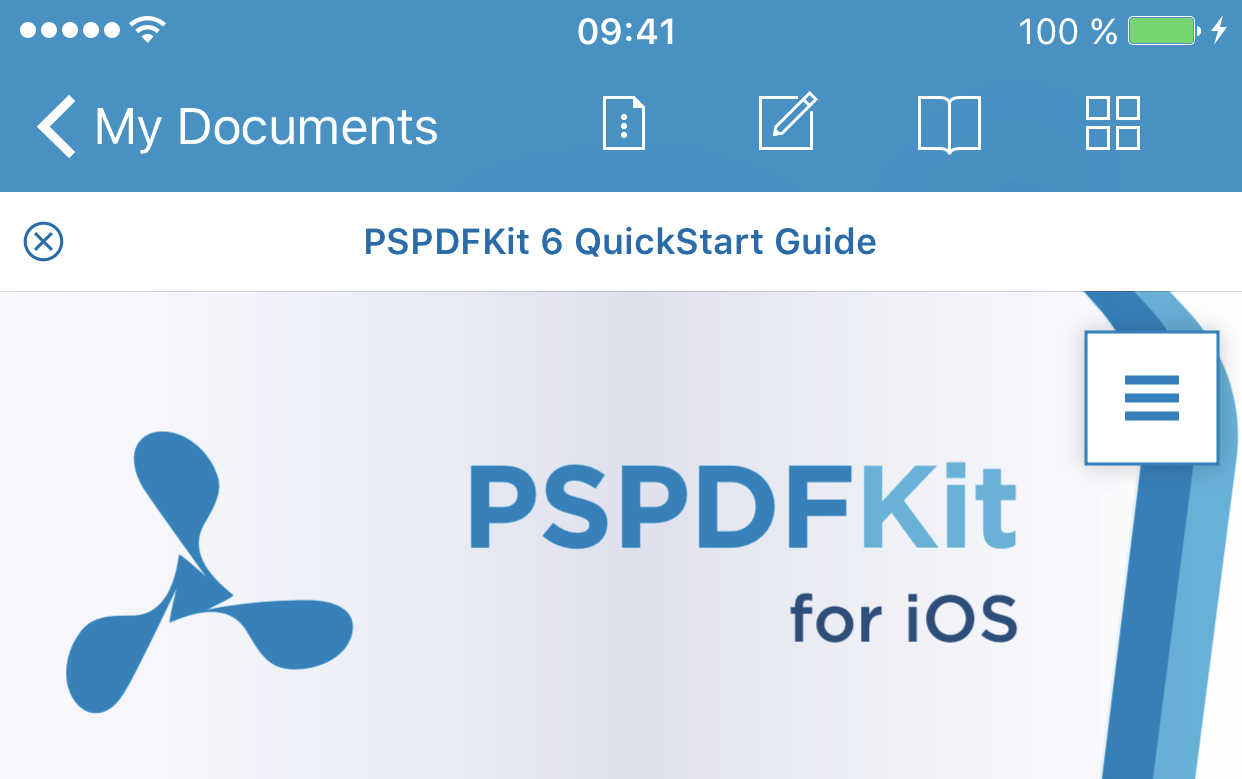 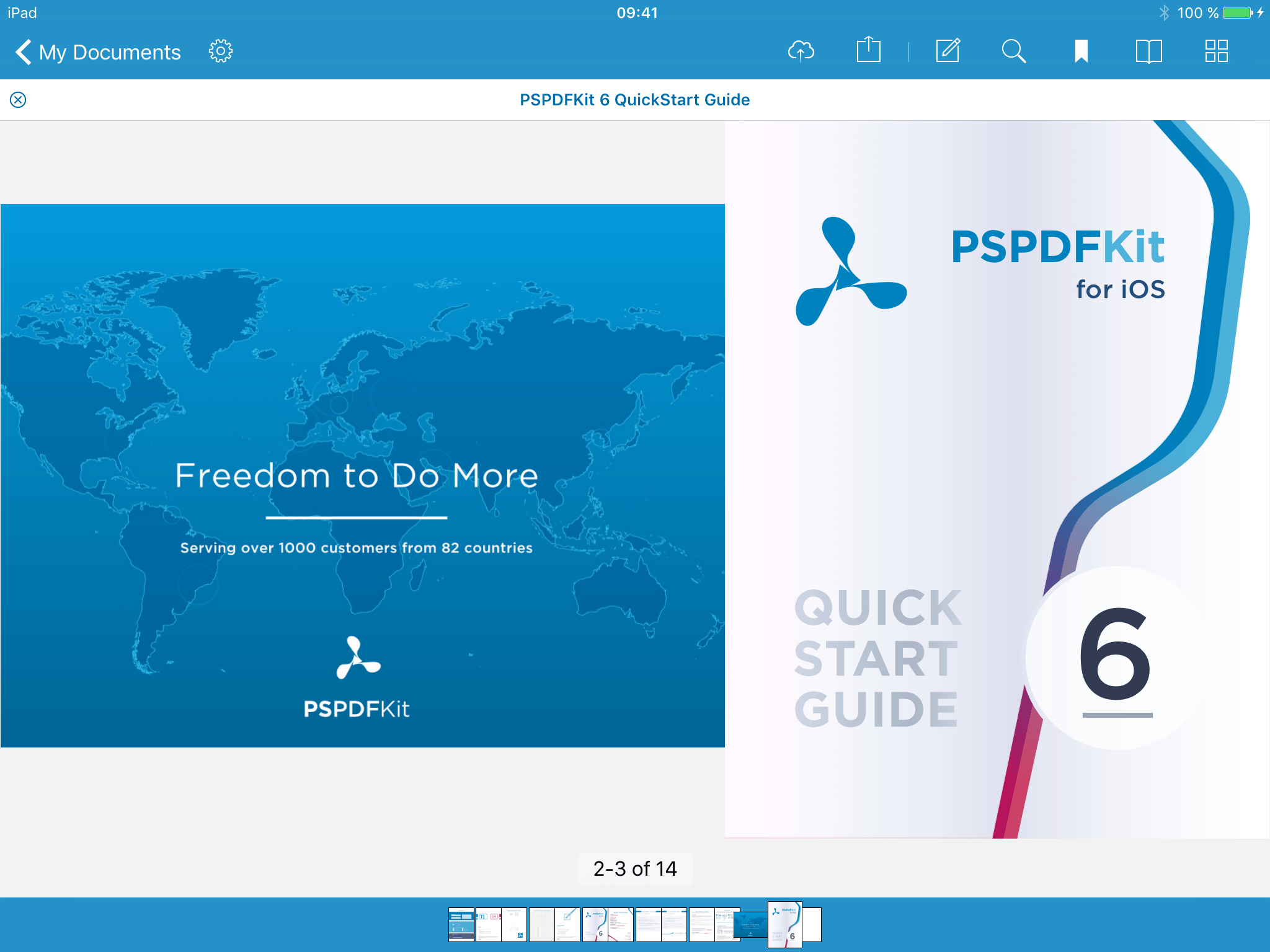