Today we’re releasing PSPDFKit 8.3 for Android, which introduces support for PDF Advanced Electronic Signatures (PAdES). Additionally, we added improved versions of the circle, line, line arrow, polyline, square, and polygon icons to the annotation creation and annotation editing toolbars. We also added many new examples to the Catalog app, including PlaygroundExample, which shows how to customize the behavior of the PdfActivity, and a new construction example that showcases how to better configure PSPDFKit to display a building floor plan. For a full list of changes, please refer to our PSPDFKit 8.3 for Android changelog. 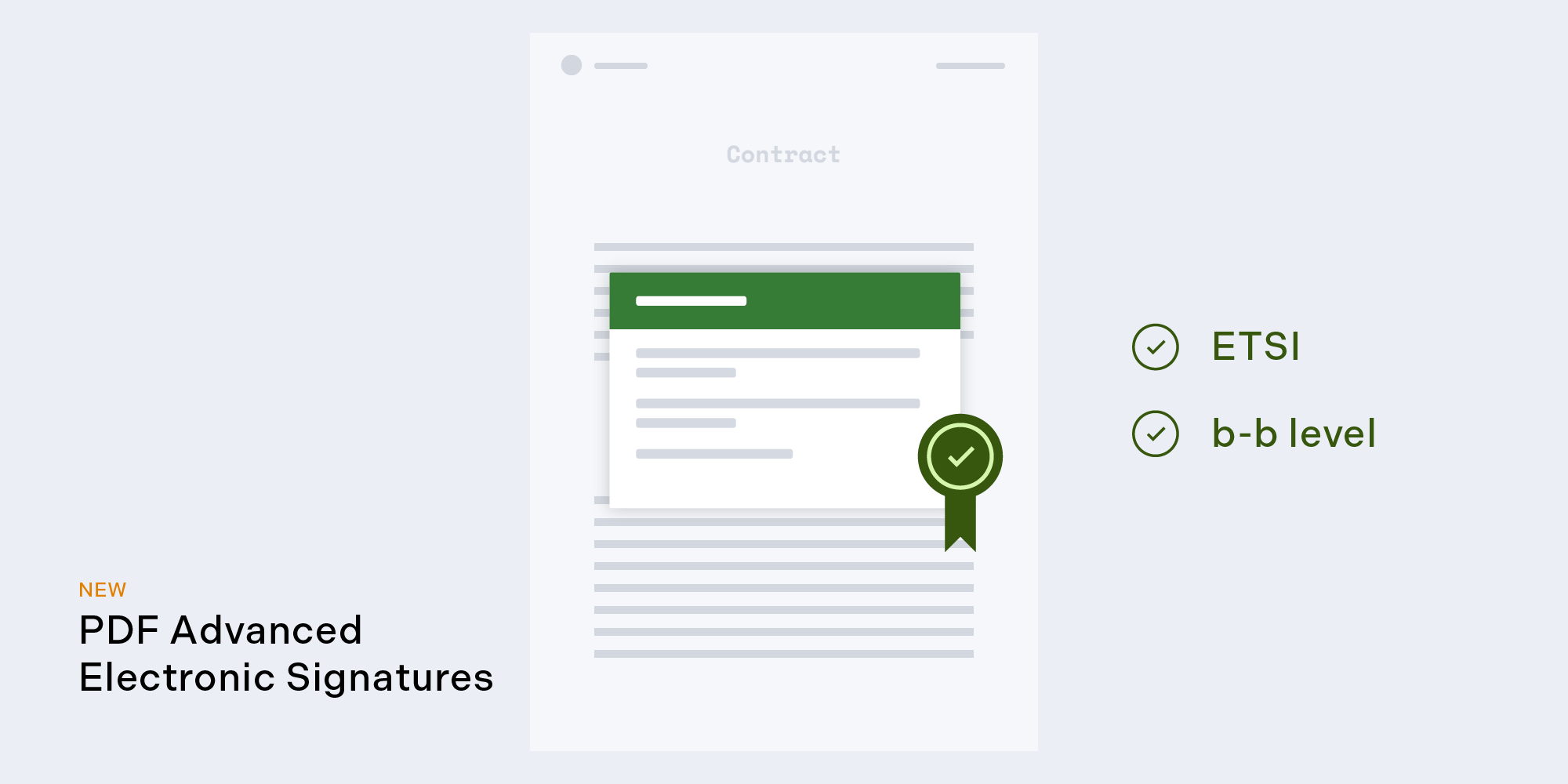 In this release, we added support for PAdES signatures. Documents electronically signed with this type of digital signature are compliant with ETSI and, as such, are legally binding in all EU member states. PAdES implements four levels of verification for digital certificates, and we’re happy to announce support for the first level, b-b. This level indicates that a signature was executed with a certificate that’s valid on the date it was signed until the date the certificate expires.

Because PAdES requires users to specify the subtype of ETSI.CAdES.detached, we deprecated PKCS7SignatureContents constructors in favor of new ones where the filter subtype can be explicitly set.

To get you up and running with digitally signing a document using PAdES, we included a new Kotlin example in our Catalog app called ContainedPadesSignaturesExample. This example highlights all the required steps with detailed comments. Explore our digital signatures guides to learn more about our support for PAdES. 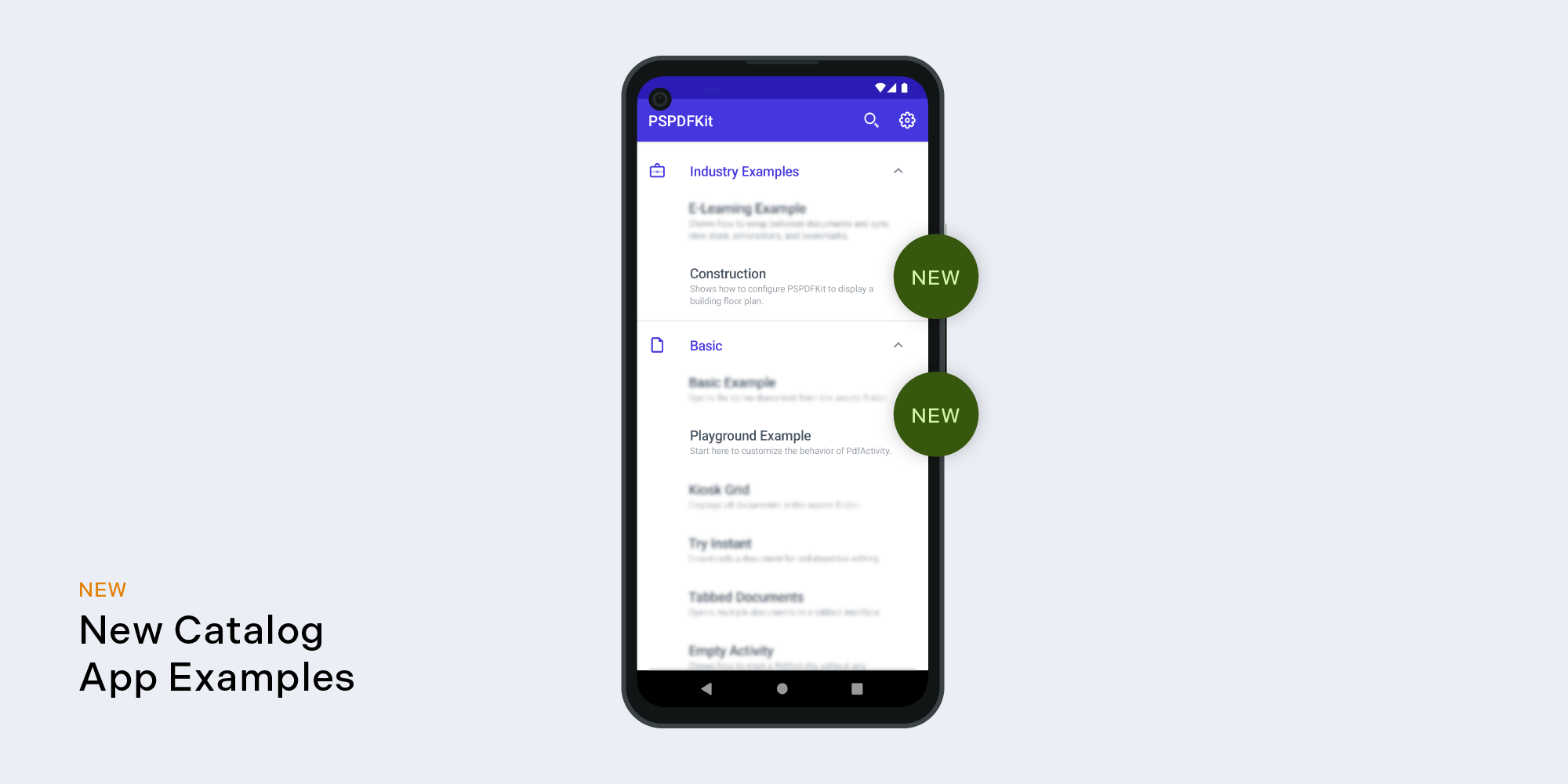 We improved our Catalog app, adding a plethora of new examples to the list. Now the app contains a PlaygroundExample that shows how to customize the behavior of the PdfActivity, and it’s a perfect starting point to explore PSPDFKit APIs and possible solutions to implement. There’s also a new construction example that shows how to better configure PSPDFKit to display a building floor plan. Last but not least, we included ContainedPadesSignaturesExample, which showcases how to embed a PKCS7 container as a PDF Advanced Electronic Signature.

Annotation creation and annotation editing toolbars have been improved with the addition of more refined versions of the circle, line, line arrow, polyline, square, and polygon icons. This update changes the opacity within the strokes to make the icons more visible and avoid making them look as if they’re disabled.

As always, this is just a small fraction of the enhancements we added to this release of our Android PDF library. This release also includes other updates and fixes — like the document info view being moved to the overflow menu, the StampPickerDialog being changed with an improved dark theme, and a tweaked and easier-to-read PdfTabBar appearance. To see a complete list of changes, check out the PSPDFKit 8.3 for Android changelog.