We’re excited to announce the release of PSPDFKit 12 for iOS. This release has no breaking API changes, as we focused on providing the best possible support for iOS 16 and Xcode 14 and ensuring a smooth upgrade experience. We updated the annotation creation and selection menus to follow the new style and behavior in iOS 16. We also added Hebrew localization and a more modern appearance for the comments UI.

Starting with version 12 of our iOS PDF library, we’re now building with Xcode 14, and iOS 16 — which is fully tested and supported — is our primary target version. This also means that this release will require Xcode 14 to build your project. In addition to supporting iOS 16, our iOS PDF library will continue to support iOS 14 and 15. For more information on supported versions, head over to our system compatibility guide.

Switching to the new Xcode also means we removed support for bitcode, as it’s now deprecated in Xcode 14, and App Store Connect will no longer accept binaries with bitcode enabled.

As iOS 16 changes the style and API of edit menus, we followed suit and adapted our annotation creation and annotation selection menus to support the new styles of menus. Running PSPDFKit on iOS 16 takes advantage of these new features by default.

When using a pointer device on iPad, like a mouse or trackpad, these menus will also seamlessly switch to the new, more appropriate vertical-style menu when using a secondary click.

If you customize the menus using our API, everything will still work, but note that we deprecated our UIMenuItem-based API because Apple deprecated all symbols surrounding UIMenuController. Our replacement API is based on the more modern UIMenu and related classes, and we encourage you to update to this newer API to take full advantage of the new edit menus. See our migration guide for more information on this topic. 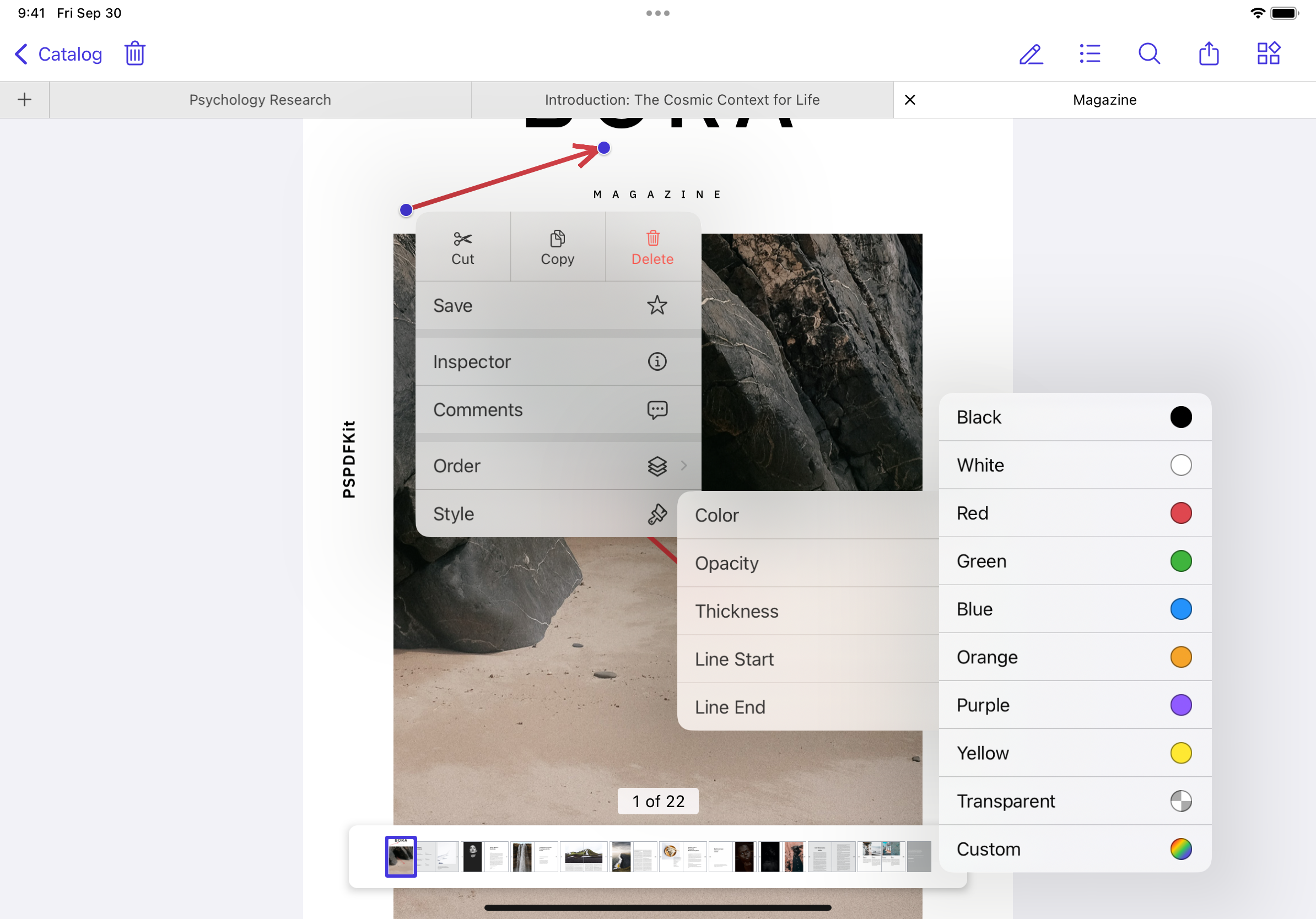 This release also adds new translations and support for the Hebrew language across all of the SDK, joining the more than 30 different localizations we support. Hebrew is a language written from right-to-left, which the PSPDFKit UI has already supported for many years. For more information on supported languages and localization customizations, refer to our guide about localization.

With PSPDFKit 12 for iOS, we modernized the comments pop-up UI — which is shown when using note annotations or adding comments to any other annotation type — so that it uses a cleaner visual style. This screen shows annotation notes, replies, and Instant Comments. (And we took this opportunity to increase our internal use of SwiftUI!) 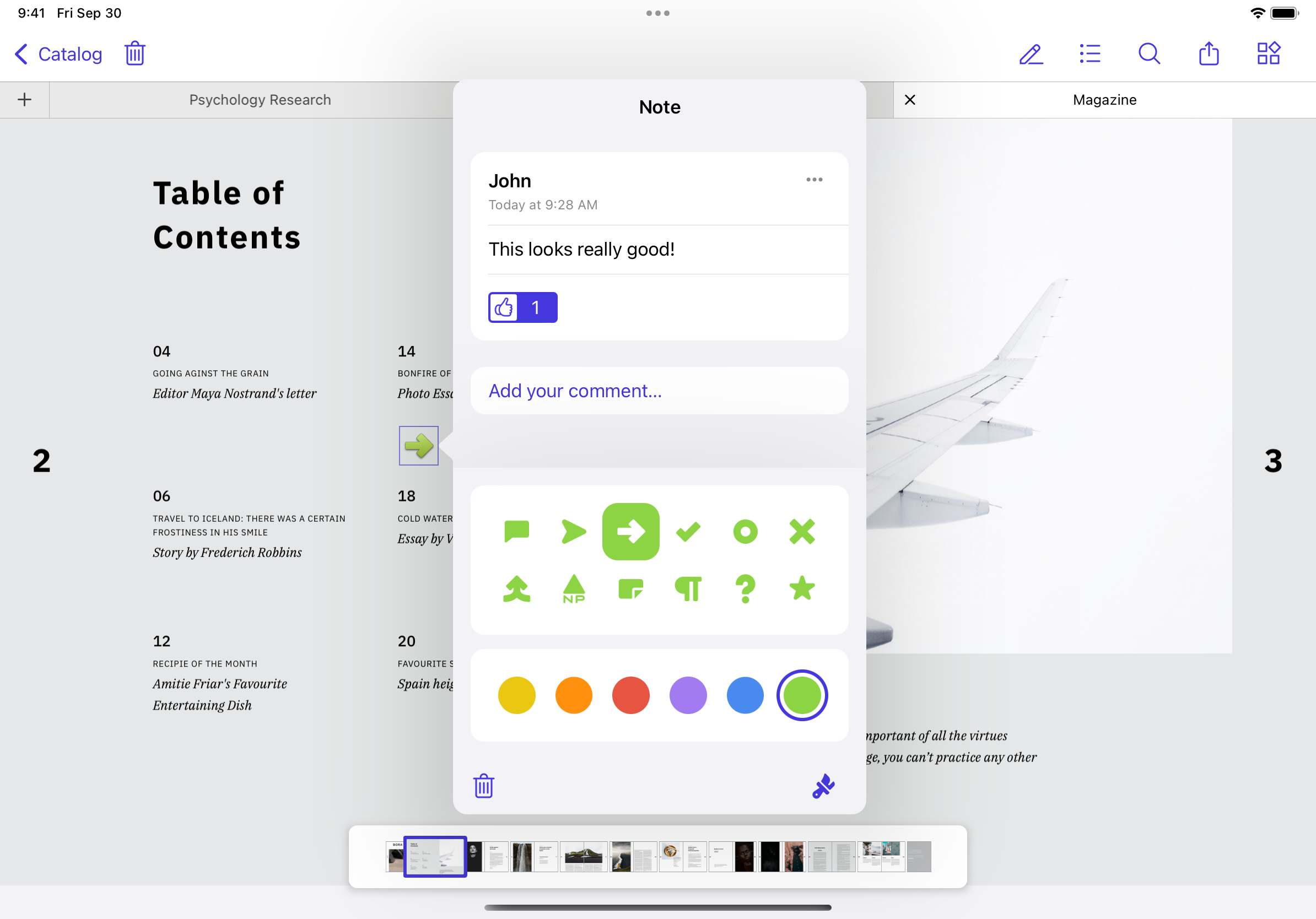 We also added the ability to open and edit multipage TIFF images as an image document consisting of multiple pages. This is in addition to our existing support for JPEG, PNG, and single-page TIFF image formats. For the complete list of changes, check out the PSPDFKit 12 for iOS changelog. 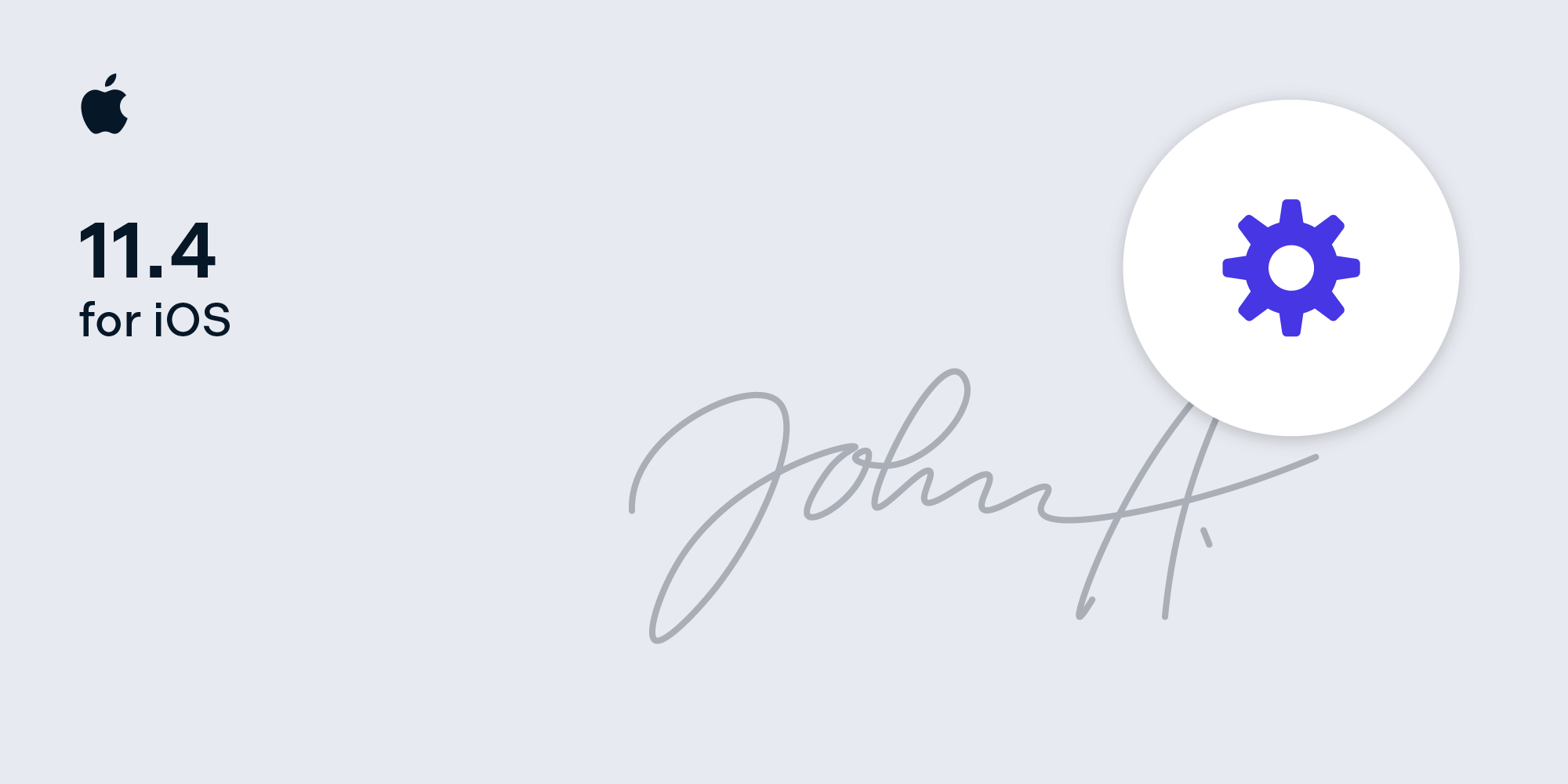