Usually, asynchronous code is non-blocking: You call a method that returns immediately, allowing your code to continue its execution. Once the result of your call is available, it is returned via a callback.

RxJava is asynchronous, too. And it is blocking as well — at least by default.

What You Will Learn

There are two main things you will learn in this article:

This article walks through two similar examples to explain this RxJava behavior in more detail.

Let’s have a look at the typical RxJava code you would write for Android:

The resulting output is as follows:

There are two observations you can read from the log statements:

This example is executed on the background thread, but it could be executed on any other thread (including the main thread) instead. Doing so would not change the example’s behavior.

Since After is logged before the inner statements, we can conclude that none of the outer calls (fromAction(), subscribeOn(), observeOn(), and subscribe()) are blocking. This is the expected (and desired) behavior, and is one of the important feature of RxJava: It helps developers with multi-threading — for example, by simplifying the pushing of longer-running operations to a background thread.

The following illustration shows the execution order of the various code lines on their threads. You can see that the call to subscribe() on line eight tells RxJava to schedule the execution of Action on the main thread. 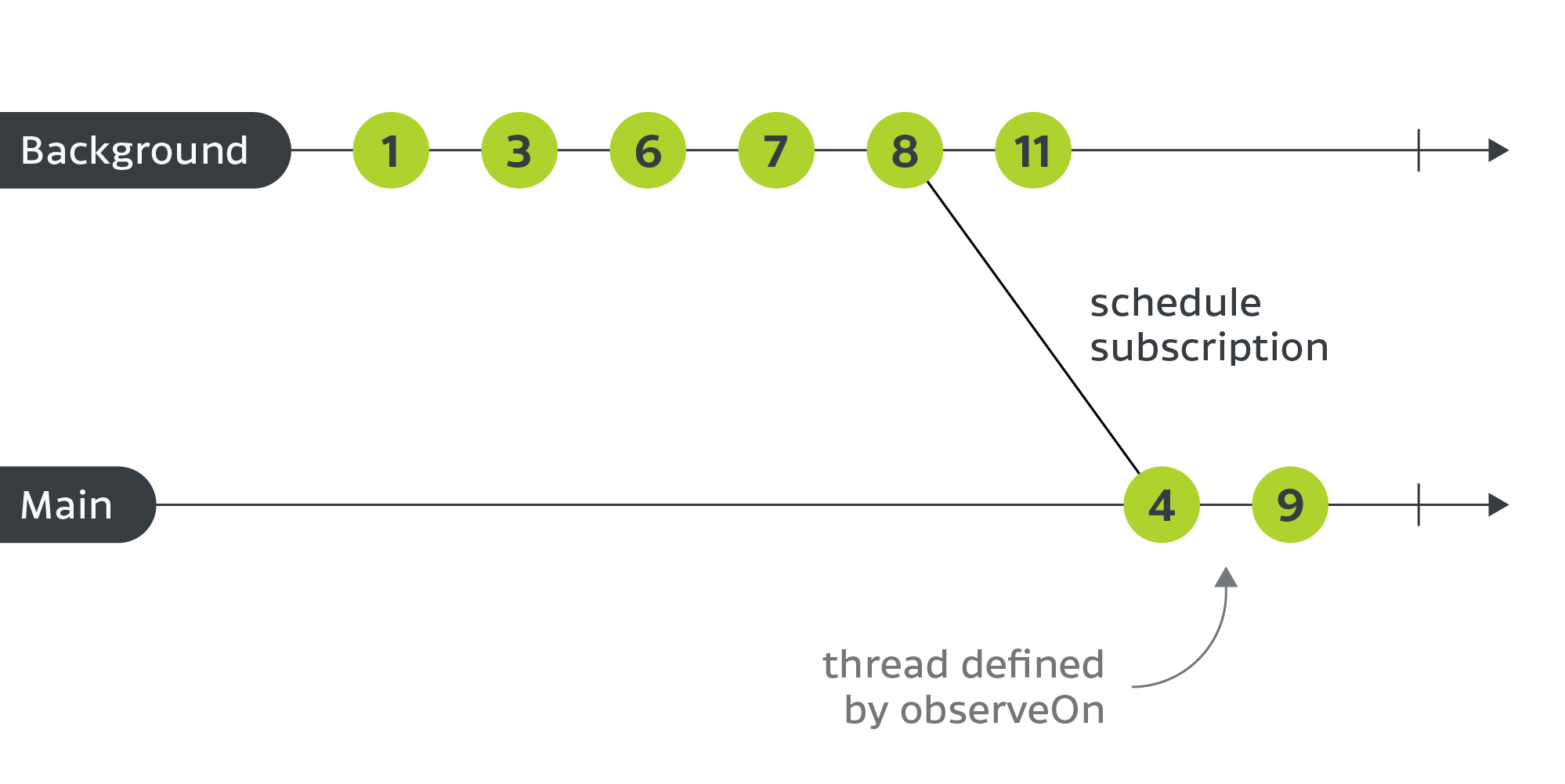 Now We Make It Blocking

In order to show that RxJava is actually blocking by default, let’s remove all irrelevant parts and create a simple example. Here’s the same example code, but without the subscribeOn() and observeOn() calls:

When running this code, it behaves significantly differently than the original snippet. Here is the generated output:

Let’s look at the output and observe what changed:

Before drawing a conclusion, let’s again illustrate the current execution order. This time, there is only a single thread involved in the entire execution. 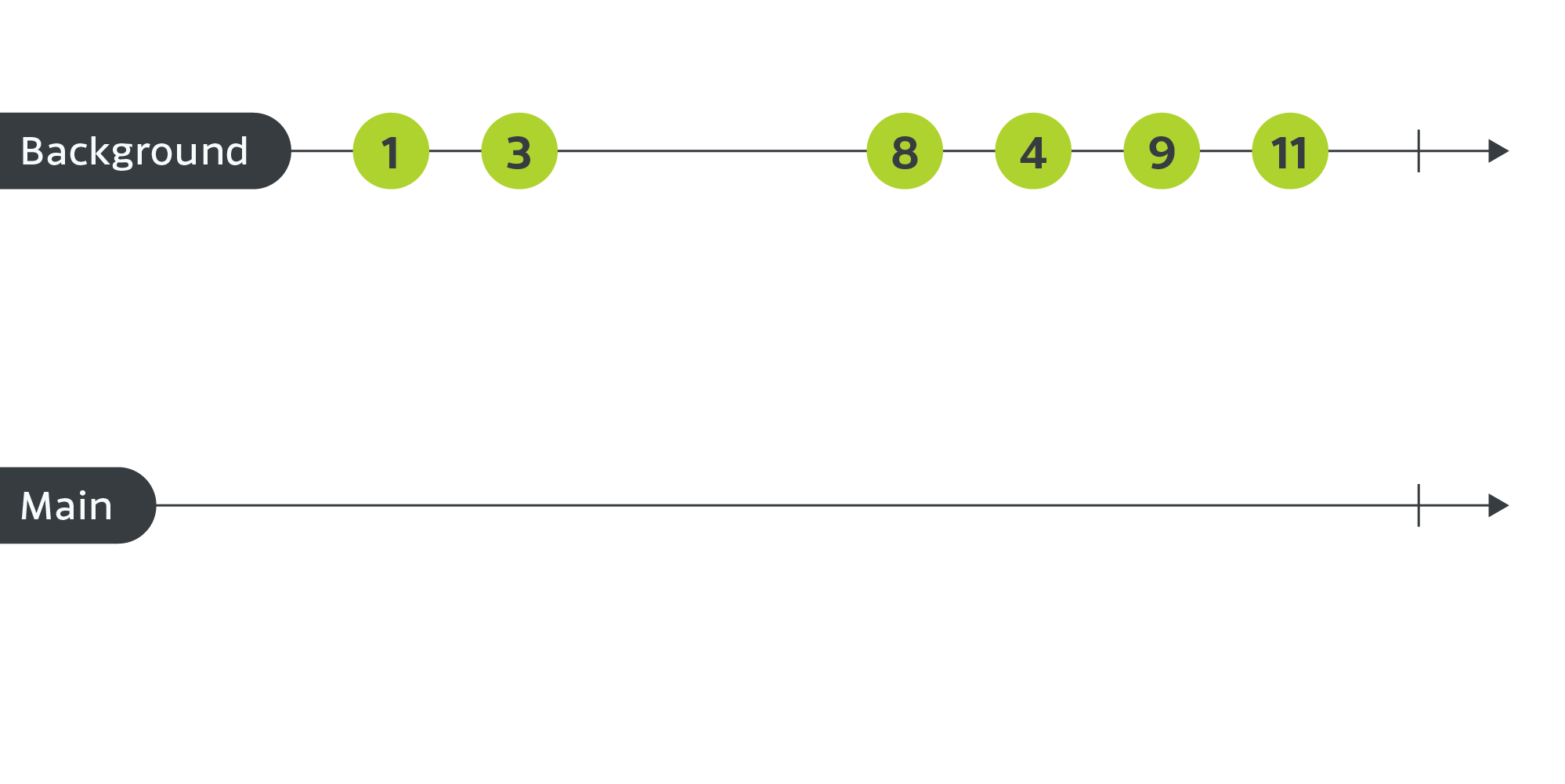 In this article, we had a look at the execution order of asynchronous RxJava code (similar to RxSwift and RxKotlin), both with and without subscribeOn() and observeOn() operators applied. The observed differences in behavior lead to the following conclusions: