We’ve all had the experience of starting on a project that’s new to us and then being introduced to an already established codebase. This can be overwhelming or confusing, especially if you’re a beginner, so the purpose of this article is to give you an idea of what to be aware of when you are starting with code you are unfamiliar with.

When you start working on a project that’s already underway, it’s natural to have a lot of questions, and it’s important to ask them.

One of the first things to ask is about architectural patterns, such as MVP, MVVM, or whatever else the developers decided to use. There might be a mix of patterns, such as some that are partially used, or one specific one which is used more frequently than others. Try to familiarize yourself with them.

Legacy monsters are old sections of code (maybe a helper class, maybe multiple classes, or maybe an entire library) that were written either a long time ago or by some mysterious person who no longer works on the project. Generally, these are so big/complicated/badly designed that nobody quite understands how they work. So it’s important that you quickly establish the extent of these legacy monsters and how they are connected to the rest of the codebase.

Ask about libraries the project already includes, along with their purposes, so you don’t end up manually implementing functionality that a library already provides. For example, if Picasso is already in use, you won’t need to implement your own bitmap cache or image scaling routines.

If you are presented with a good folder structure, check it out. In general, the more folders in the code, the better the structure. The structure can be architecture based, feature based, or both. 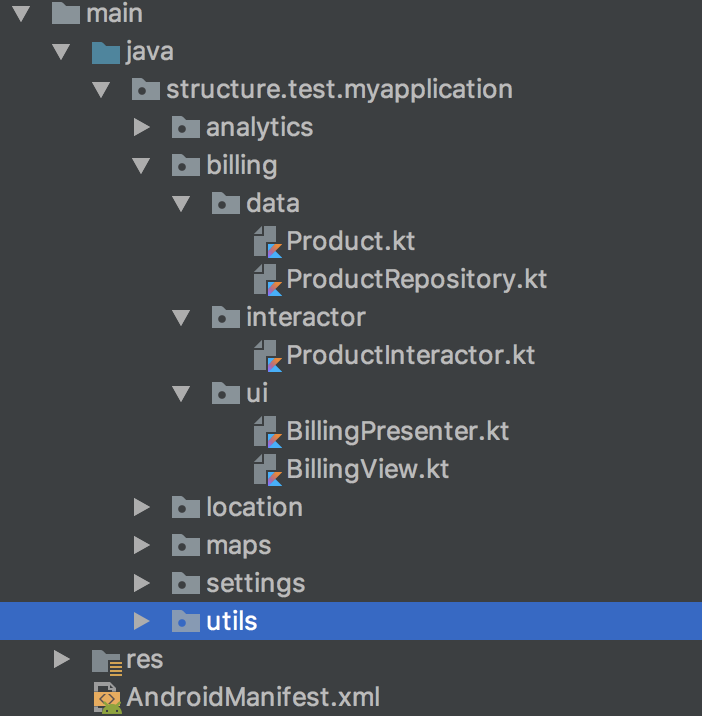 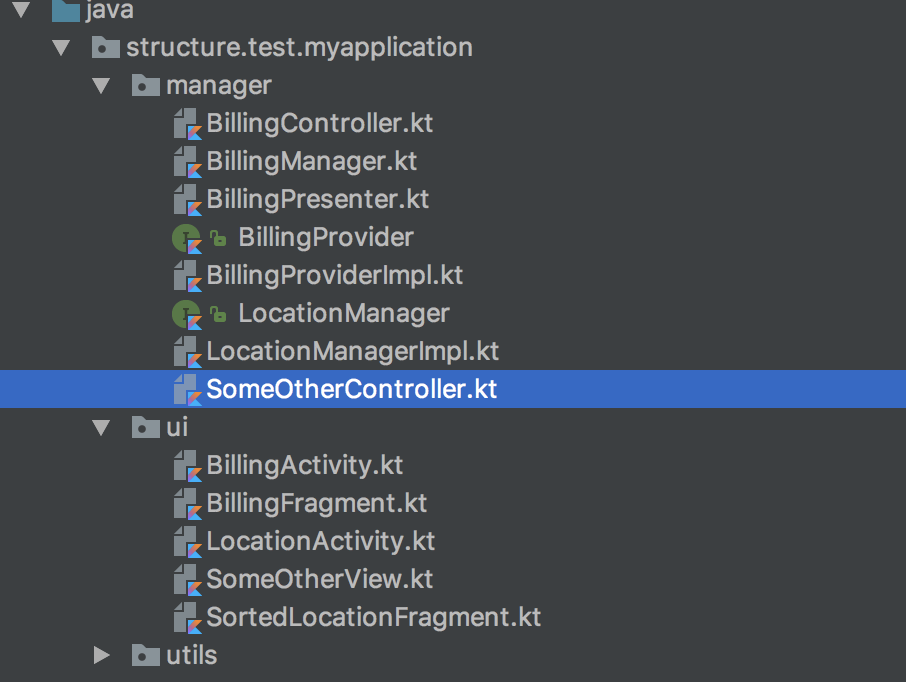 In such a case, you should rely on hotkeys and try to familiarize yourself with the general terms and operations.

All of the above shortcuts support partial matching, so you don’t need to know an exact name.

Layout Inspector allows you to check what is currently showing on the screen of the emulator or device. Go to Tools > Android > Layout Inspector, and you will be presented with a drop-down list for choosing which view hierarchy to capture.

The view hierarchy itself allows you to get an idea of the current layout components and their view properties. The important ones are IDs, current sizing, and visibility.

Use IDs and string resource IDs to match screens of interest with the code by performing a search for them later on. Find in Path is useful for performing such searches.

Bookmarks are super helpful when scouting around the new code, while trying to trace a tricky call chain, or when looking for a proper place for a bug fix, because they allow you to keep track of points of interests you’ve discovered and might want to revisit.

Navigating backward and forward allows you to traverse through places in code you’ve recently visited. Just give it a try to understand how it works.

You can choose to show a popup for recent files.

Both of the above support name filtering once you start typing.

You can right-click to make a conditional breakpoint.

Android Studio also offers a way to put logs in your code without changing a single line of it. Check out our blog post, The Subtle Art of Real-Time Debugging with Android Studio, for more details.

This allows you to evaluate pretty much any valid Java expression during debugging. But be aware that if you are changing any object states, they will remain changed when you resume the execution of the program.

This article provided some tips and tricks for beginners navigating around new code. I hope it was helpful and will ease you into exploring your new codebase!