We are pleased to introduce PSPDFKit for Web 2017.2, our latest release which adds an HTTP API for working with annotations in your documents.

Previously, it was only possible to create and update annotations via the web UI. With this release we’re introducing a backend API that allows operations such as creating new annotations, and updating or deleting existing ones.

To get a taste of the new functionality, let’s have a look at how a new note annotation can first be created and then have its text changed using the new HTTP API. Assuming we have a document with the ID abc, we’ll send the following HTTP request to the server:

The server will return the status 200 OK with a JSON containing the created annotation’s ID:

Now, in order to update the annotation, we PUT new content to /api/documents/abc/annotations/<annotation_id> (notice that we’ve updated the text in the JSON below):

The server will return the status 200 OK, indicating that the operation has succeeded.

You can find detailed information about the new endpoints in our guide page on Managing Documents.

One of the biggest user experience improvements in this release is the ability to change annotation tool settings—like color or opacity values—before starting the annotation process. Previously, these values could only be adjusted after the annotation has already been created.

It is now also possible to zoom in, out and back to page-fit via keyboard shortcuts (using CMD +, CMD -, and CMD 0 on a Mac and CTRL +, CTRL -, and CTRL 0 on a PC, respectively). We also added the shortcut CMD G on macOS which pops up the search form that got introduced in 2017.1.

We’ve greatly improved documentation. If you have any issues please read the Troubleshooting guide and use the new pspdfkit:debug debug mode when contacting us on support.

The new Backup and Recovery section explains our recommended approach to backing up data. PSPDFKit Server uses PostgreSQL as data store, while binary assets including PDFs are stored in a Docker volume. We recommend that you take backups of both on a regular basis.

We strive to continuously improve every aspect of the product, be it performance, customer experience, or documentation quality. Each release includes at least a few such improvements in addition to the bigger features that get highlighted in our announcements. Take a look at the latest changelog to find out more. 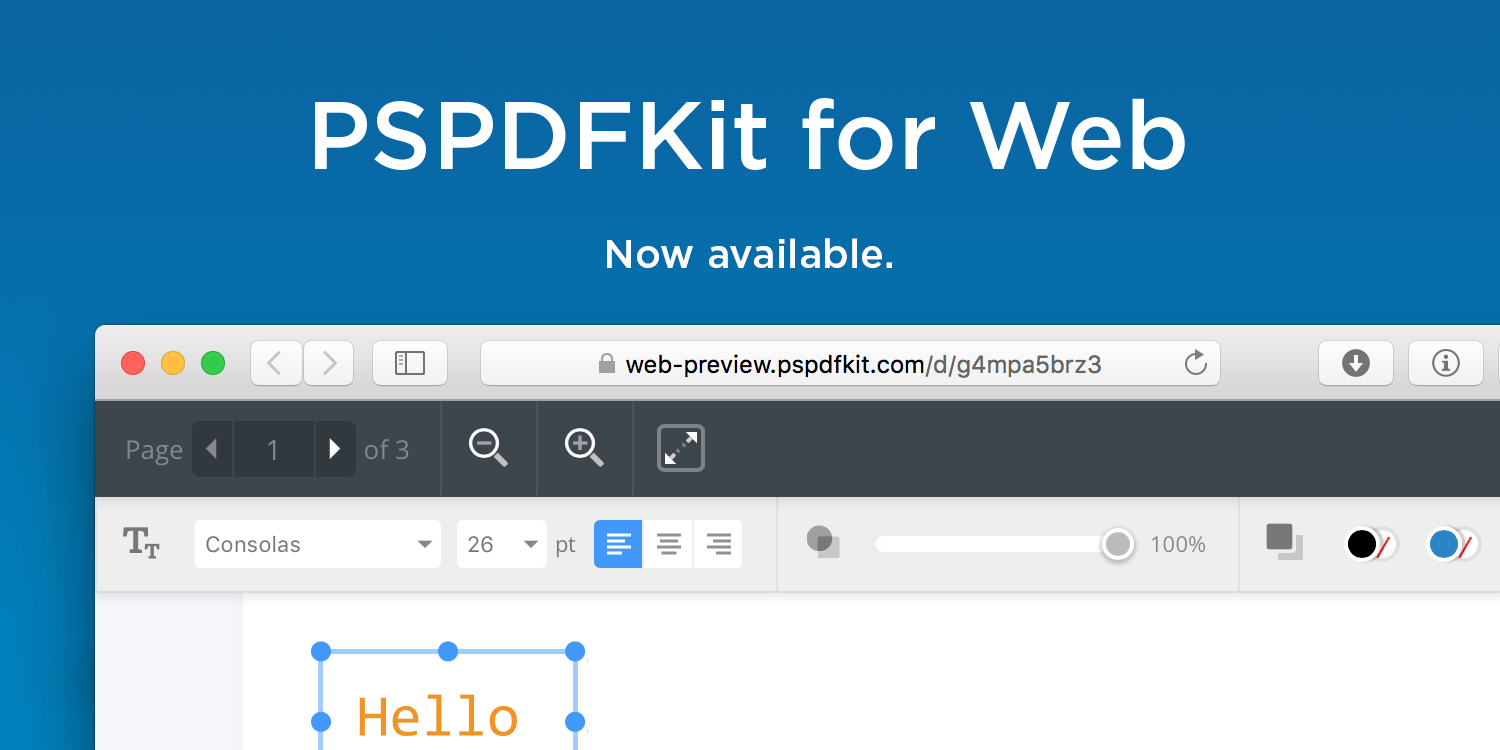