Introducing PSPDFKit 6.4 for iOS. This release includes support for Right-to-Left languages such as Arabic, a custom image editor, the ability to use FTS 5, Swift interoperability enhancements and many other improvements. Take a look at our changelog to read up on all the changes, improvements and fixes in this release.

In this release we added support for right-to-left languages by making PSPDFKit’s user interface ready to be fully mirrored. On top of the language support, localizations for Arabic were also added. These improvements made our code more future-proof and robust. 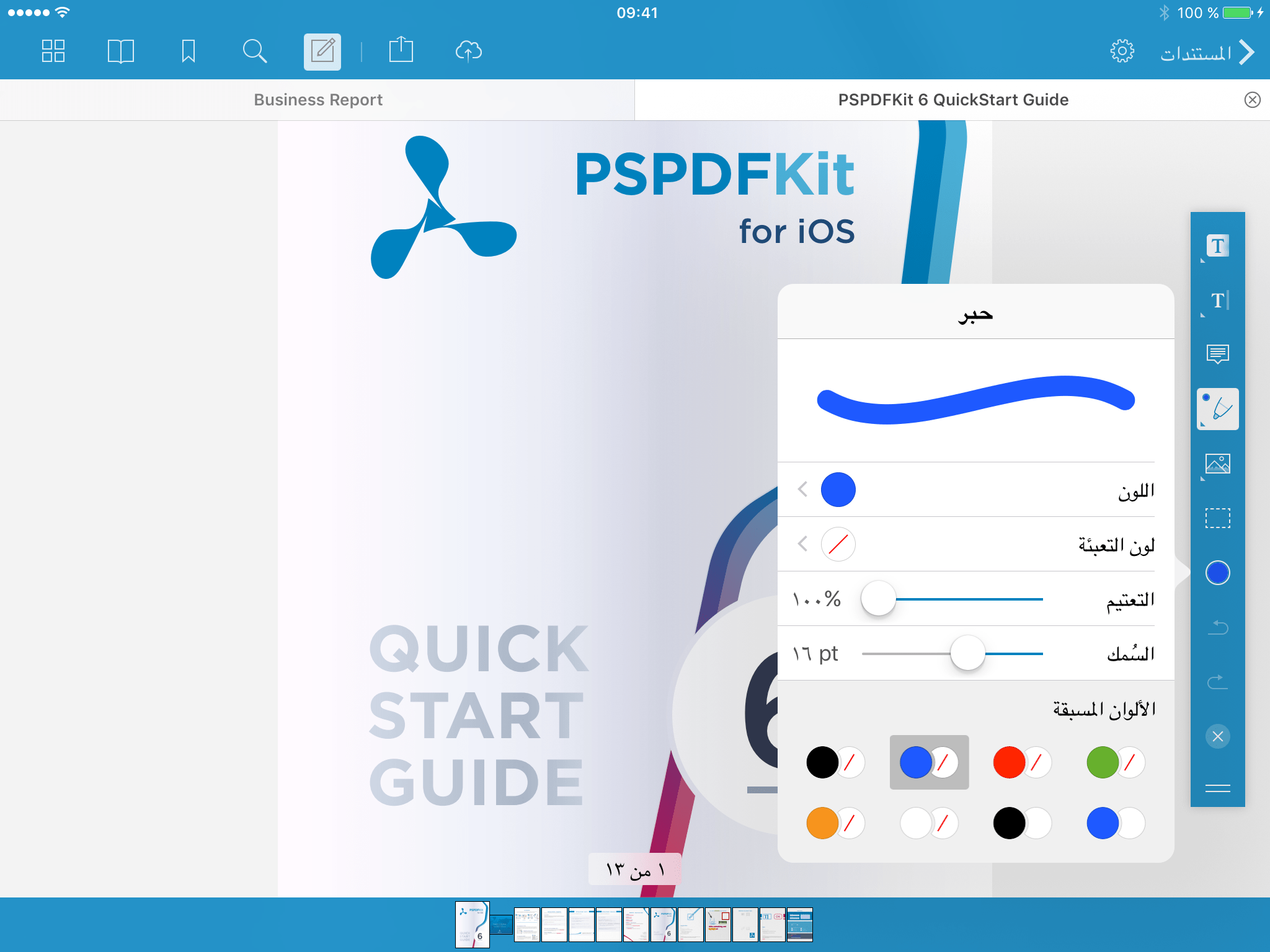 Before the update, we used the editing capability of UIImagePickerController for inserting image annotations. There were no editing function for images when creating new pages at all. We made the improvement because we noticed that the default editor was limited and not flexible enough, as it restricted image cropping only to a square without any image rotation capability.

It’s now easier than ever to find the annotations you are looking for. Type your search directly in the annotation view controller, and you’ve got it! You no longer need to look through the entire document for just a single annotation.

By using PSPDFLibrary, you were able to get fast and efficient full text search via a simple API. With this release, we reworked PSPDFLibrary internals. This means better speed (up to 10x) and lower memory usage. There’s no need for you to hesitate even when throwing large document libraries at it. We’ve also upgraded to SQLite’s FTS 5 from FTS4.

With FTS 5, we got a lot more improvements, like:

Since we've migrated to FTS5, all your documents will need to be reindexed.

In this release we improved several parts of our API for better Swift support. We adjusted the initializers for PSPDFDocument for a more streamlined experience in Swift. Additionally we made the PSPDFMetadata* keys nicer to use.

We always care about details, so you’ll find various improvements all over the place in this release. For example, our cache now checks the battery and doesn’t do expensive operations when battery is low or the device is in low power mode. Scrolling pages that include a lot of annotations is now smoother than ever, and we’ve tweaked the highlight icon:

We’ve already started working on PSPDFKit 6.5 for iOS with a big focus on Forms. We’ve rewritten our parser from scratch to be faster, more correct and so it can be used across our iOS, Android and Web SDKs. There’s more, but we can’t spoil everything yet! 😇