PSPDFKit API provides a powerful HTTP API that allows users to generate, convert, and edit PDF documents, and we let our customers test the API for free. To prevent resource congestion and uncontrollable infrastructure fees, we decided to rate limit these test API calls to an acceptable number of requests per minute. This post provides some background on the rate limiting and explains our rate limiting implementation in our Elixir backend.

We use API keys to authenticate API requests. Each customer account has two kinds of API keys associated with it:

The test API keys allow our customers to test the API for free — for example, to demo its capabilities or for integration testing in their continuous integration environments. Since the test keys are free, we decided to employ rate limiting to protect the API from accidental or malicious overuse. An example of this is if a user makes a mistake and sends a request to PSPDFKit API in an infinite loop. This could quickly overload the service and lead to starving other customers.

We’ll start with some theory. As mentioned in the previous section, rate limiting is important because it preserves the quality of service without relying on users to adhere to “fair” use of the service. The importance of rate limiting is even higher for computationally intensive services that are deployed to the cloud and are employing a pay-by-the-usage scheme. To keep these services profitable (and thus alive), their infrastructure costs need to be predictable. Implementing a variant of rate limiting helps keep the usage within expected bounds.

There are multiple approaches to rate limiting, and the next section will look at a few of the most widely used rate limiting algorithms. Before we begin, I want to give a shoutout to KongHQ for a great blog post that introduced me to this topic.

The benefit of this algorithm is that it processes requests at an approximately average rate, and it’s conceptually easy to grasp and easy to implement. In addition, in terms of memory efficiency, its memory usage is predictable, since the requests queue has a fixed size per user.

The main problem is that bursts of requests could fill the queue and prevent more requests from being processed until the old requests are processed and removed from the queue. Moreover, slow requests in the queue could lead to a slow response time for future requests.

The fixed window algorithm is based on keeping a count of requests made by a user in a fixed time interval, i.e. a window. New requests increment this counter, and future requests are discarded if a usage threshold is hit.

This algorithm has low memory requirements: Only a count of requests per user and the timestamp of the last window they occurred in are required. A window is usually defined as a floor of the current timestamp. For example, if the window is 60-seconds wide, the request made at 12:10:30 would count for the 12:10 window. The stored count resets if the request happens in a future window.

The sliding log is the most precise rate limiting algorithm. The idea behind it is to keep a log with timestamps for each request. To determine whether a request should be limited, we need to count the logs and check if they’re over the desired rate limiting threshold.

The benefit of this algorithm is that the enforced rate limits are precise, since we can always calculate the most up-to-date request rate. The main negative is that it could be fairly expensive to store the logs for each historical request and calculate the number of recent requests. In addition, usage in a distributed environment requires transferring relatively large amounts of data between nodes to keep the log up to date.

This algorithm provides a good compromise between the precise sliding log algorithm and the nice memory usage and performance characteristics of the fixed window — all while avoiding the usage spike issues of the latter.

Due to benefits of the sliding window algorithm, we decided to use it for our rate limiting needs in PSPDFKit API. The rest of this post will guide you through the implementation of this algorithm in Elixir.

To encapsulate the rate limiting API and the actual rate limiting business logic, we’ll define a RateLimiter module. This module will be responsible for:

To achieve all these requirements — especially the ability to schedule regular tasks for syncing and pruning data — and to receive sync requests from other nodes, we decided to make the module a GenServer:

Our rate limiting implementation relies on multiple constants that can be tweaked based on the actual use case of the rate limiter. We extracted these settings to a separate function, get_rate_limit_settings. You’ll probably want to have them in your application’s configuration, but for the sake of this post, we’ll hardcode test values in the function itself:

We can now move on to the most important part of our implementation — designing an appropriate model for our usage data.

The simplest solution for storing our usage data could be to store it in a database (we use Postgres as the data layer of our app). This has the benefit of being centralized, thus keeping the usage data up to date across the whole cluster. However, the rate limiting needs to be executed for each request, so this would introduce a database operation for each request made to our API endpoints.

To achieve the best performance and prevent possible database bottlenecks, we decided on an in-memory data model. This choice trades the strong consistency guarantees of the database approach with the eventual consistency of syncing the local usage data to other nodes in the cluster.

Elixir provides ETS — which is both powerful and efficient — as its memory storage. Be warned: ETS comes from Erlang, so you should prepare for an API that’s slightly different than what’s available in Elixir’s standard library.

One of its main benefits for our rate limiting use case is that it provides support for concurrent access from multiple processes. This means that API requests from different users can read and write from an ETS table at the same time with only a little synchronization overhead. This dramatically reduces the impact of users on each other compared to, for example, using a GenServer for holding the rate limiting counters, where the requests would be dispatched one by one, causing a potential bottleneck.

ETS is based on tables where each table stores data as tuples. Instead of using raw tuples, we decided to use a Record module to work with the data. Records are tuples, but they provide a convenient API for working with their fields. This makes for more readable code, since the tuple elements are named. Records still maintain the same performance characteristics of tuples, since their operations are translated to raw tuple operations at compile time (using macros).

Let’s define a record for our usage data:

The ETS table needs to be created before its first use. We’ll do so while initializing our GenServer:

Uff, that was a mouthful. I think my small note about ETS coming from Erlang is now sinking in. :) But I promise this will be worth it in the end: ETS is battle tested and highly performant, and because of this, it’s a standard way of handling shared memory data in Elixir.

We can now sink our teeth into the actual implementation of our rate limiting algorithm. We’ll add a function to track the request and return :ok for allowed requests and {:error, :limit_reached} for those that should be limited:

As mentioned in the previous section, we’ll be updating the usage data in a process that handles the request, so as to prevent our GenServer from becoming a bottleneck — i.e. directly in the track/1 function.

First, we need to update the usage counter for the current window. ETS ships with a convenient update_counter method, which increments and gets the usage in one atomic operation:

Our track/1 function is now fully functional and can track requests:

Next, we’ll do something with the outdated usage data.

Our usage tracking implementation is still missing one important feature: We’re only adding data to the usage table, but we don’t remove it after it’s no longer needed. To prevent any possible future memory issues, we need to make sure to regularly prune this outdated data to keep the memory usage in check.

To do so, we’ll execute the cleanup in regularly spaced intervals. This can be done by sending a delayed message to our GenServer. We’ll schedule the first message in the init/1 function:

The :perform_cleanup message will now be delivered to our GenServer after the cleanup interval. We’ll handle this message in a handle_info/2 function:

Synchronizing the Usage Data across a Cluster

Our usage tracker is now fully functional in a context of a single node. Each node in our solution tracks the usage data locally. We could leave it at that, but this could lead to unpredictable rate limits if our API users end up using different nodes — each node would allow up to a maximum number of requests allowed by our rate limit, since it has no way of knowing the actual usage of other nodes.

To solve this issue, we decided to periodically sync local usage data to all nodes in a cluster. You probably noticed that we introduced a separate pending_usage field in our usage record, and we increment it inside the track/1 function. We’re using this field to track the window usage that wasn’t yet synced to other nodes in a cluster.

We’ll use a Publisher-subscriber pattern to communicate between our nodes. Phoenix.PubSub provides a ready-to-use implementation of this pattern. To use it, we need to first set it up by creating a named PubSub instance in our supervision tree:

We’ll choose a PubSub topic name for our usage tracker and subscribe our rate limiter GenServer to it. And since we’re already modifying the init function, let’s schedule a delayed message, :perform_sync, to set up the first usage sync:

Our GenServer will collect any pending usage and push it to other nodes when handling the :perform_sync message:

And we’ll handle any sync notifications by handling the :sync message:

Now, let’s put it all together.

To be able to use our RateLimiter GenServer, we need to put in our supervision tree. In this example, we’ll put it into our app’s supervision tree (together with the PubSub instance mentioned in the previous section):

The only task that remains is to build a module that will connect our requests with the RateLimiter module. To make this idiomatic Elixir, we’ll use the Plug behavior. This plug is going to be executed for each request. It’ll call a RateLimiter.track() to track the usage, returning the original connection on an :ok result, and responding with an error response when the request should be rate limited. We’ll return the standard HTTP status in this case:

This post covered various approaches to request rate limiting, and it explained our take on its implementation in detail. I hope you’ll find it interesting in case you’re building a similar functionality. I also believe that this post can function as an example of how GenServers simplify the implementation of distributed systems in Elixir. 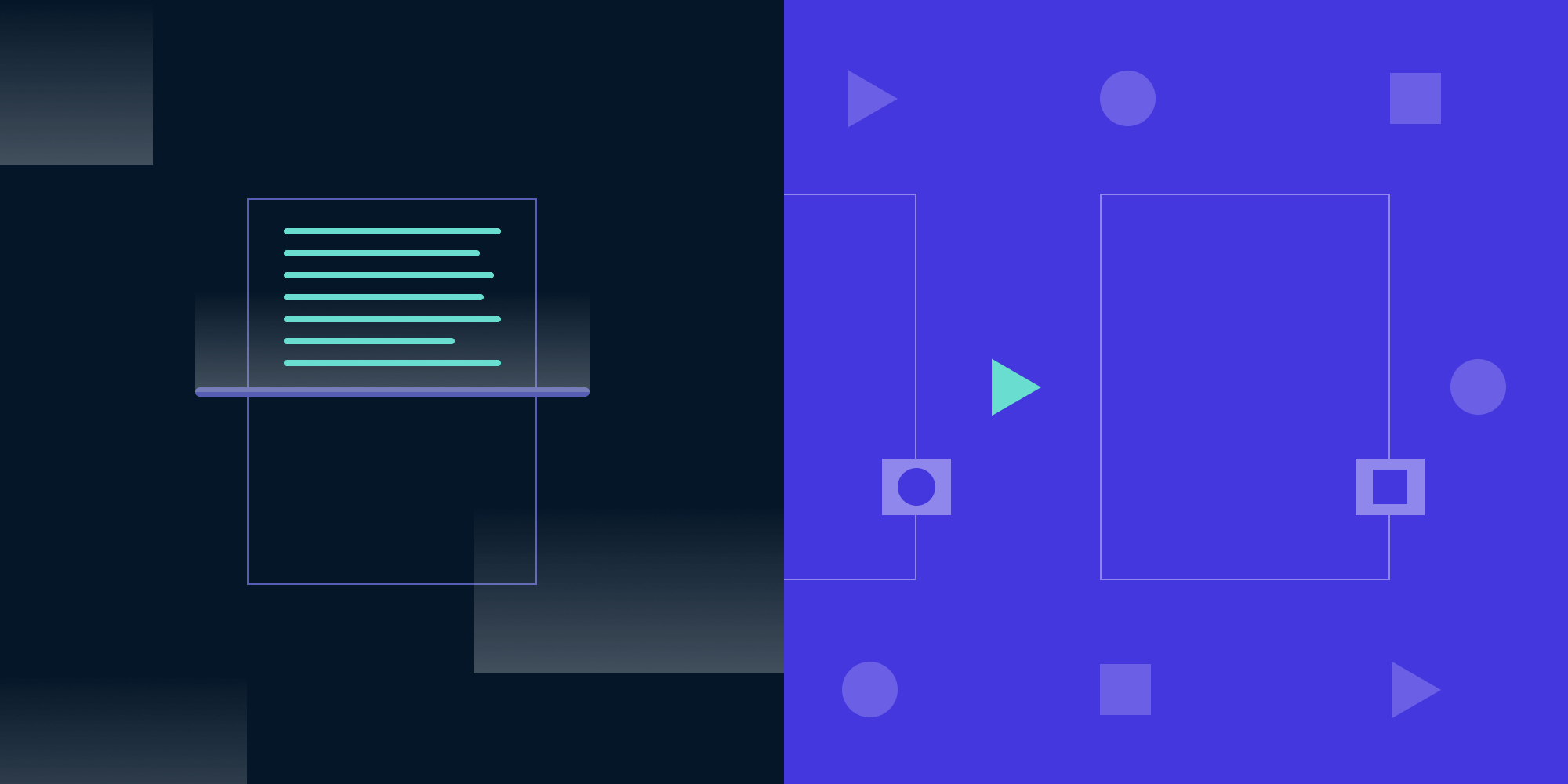