It’s always exciting to launch a new product, and today’s is a big one for us: We’re bringing the power of PSPDFKit to Windows!

After releasing our iOS SDK in 2011 and Android SDK in 2014, expanding to Web in 2016, and adding a WebAssembly version in 2017, we’re closing the final gap on platforms with our Windows release. Add awesome, fast PDF-editing features to your native apps within minutes, compatible with Microsoft’s Surface Tablet and any PC running Windows 10.

After carefully looking at the market, we decided to base the Windows version of PSPDFKit on UWP. Windows has historically used the WIN32 API, and with Windows 10, Microsoft introduced UWP as a new software architecture that allows development of universal apps that run on Windows 10, Windows 10 Mobile, Xbox One, and even HoloLens. It supports Windows app development using C++, C#, VB.NET, and XAML. 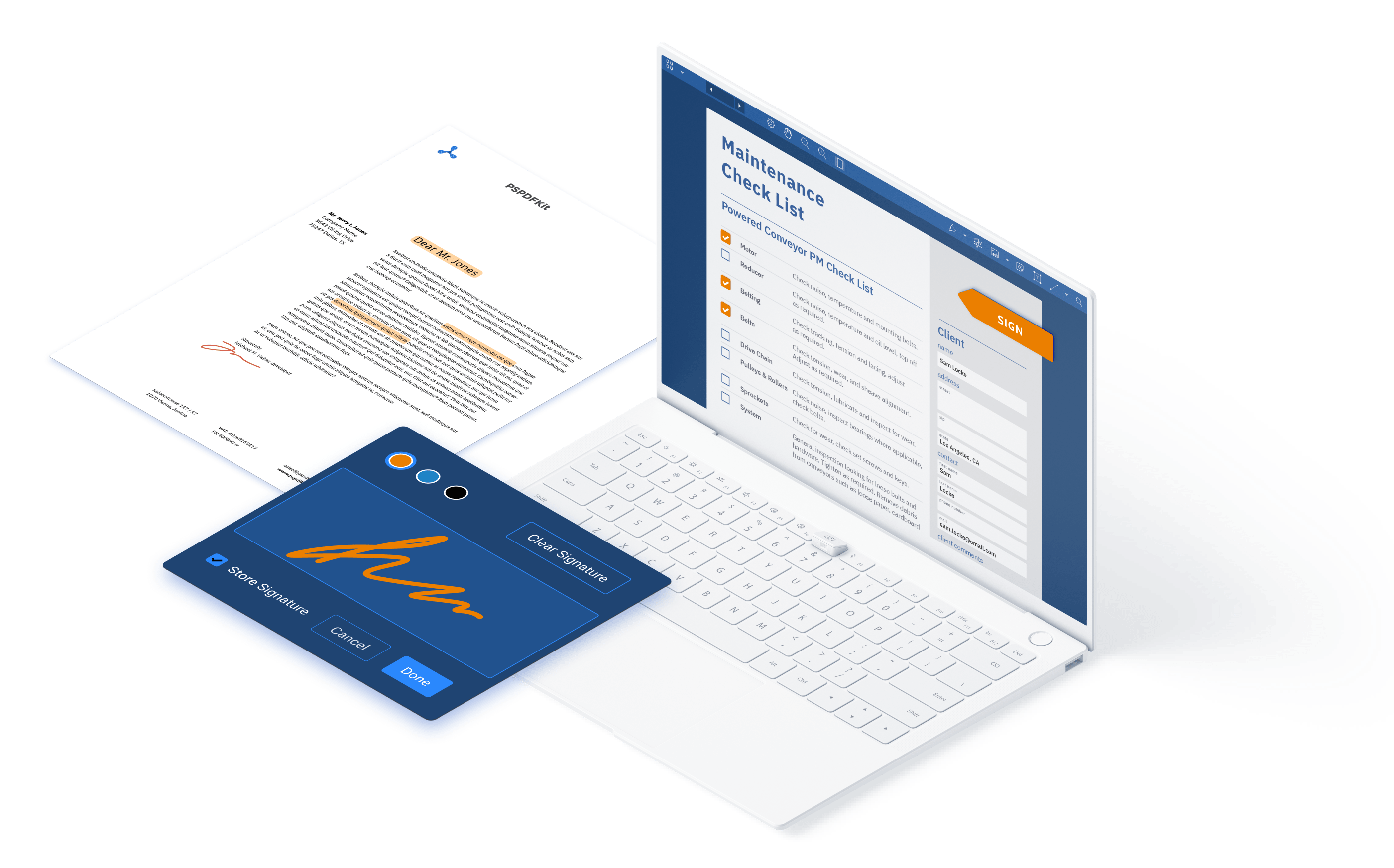 PSPDFKit for Windows comes fully packaged as a plugin for Visual Studio 2017 (VSIX), including support for Visual Designer. We designed it to be really easy to integrate, and we even included an example catalog.

Additionally, PSPDFKit is fully compatible with the Microsoft Store and only uses APIs that have been approved for Store usage.

If you’re still on WIN32, Microsoft offers Desktop Bridge to ease conversion to the future UWP model. For companies using Electron as a cross-platform app platform, we’ll soon have a solution for that as well.

In PSPDFKit for Windows, we deliver a fluid, adaptable UI — based on fast Edge web technology — ready to go out of the box. This makes UI customization extremely easy — we’ve even documented how we built the default style for the Windows SDK.

Rendering and parsing is handled natively via our rock-solid cross-platform engine to guarantee optimal performance. This hybrid approach ensures that we can easily deliver the same mature PDF core library that powers our other frameworks to Windows, providing you with the newest features in a Windows-friendly package.

Don’t be fooled by the version number — PSPDFKit for Windows comes with a large set of features, including the ability to:

You can read more about all of the features on the Windows SDK product page.

PSPDFKit for Windows comes with full support for React Native! This makes it very easy to add PDF support to your React Native Windows UWP app. See our GitHub repository for further details.

We have a lot in store for the year as we work to make our new UWP PDF SDK even better. Instant annotation sync capabilities, image annotations, and digital signatures are all on our roadmap for 2018. We’re just getting started.

Visit the Windows SDK page or head right over to the documentation to learn more.