Import and Export Annotations from XFDF Files in Java

XFDF is an XML-like standard from Adobe XFDF (ISO 19444-1:2016) for encoding annotations and forms. It’s compatible with Adobe Acrobat and several other third-party frameworks.

ℹ️ Note: XFDF has various limitations. In most cases, using PSPDFKit Instant JSON will result in a smaller file and better synchronization.

The PSPDFKit .NET Library supports both reading and writing XFDF files. The PdfDocument class contains importXfdf and exportXfdf methods you can use to perform these operations.

Below is an example showing how to import XFDF from a file. However, the DataProvider can be inherited from to implement custom readers for encryption:

You can export annotations and form fields from a document to an XFDF file like so:

Much like the import XFDF, with the export XFDF, it’s also possible to inherit from WritableDataProvider to implement custom writers for encryption.

Adobe Acrobat can export annotations into XFDF. The export menu is part of the Comments tool and is accessed by opening the tool in the sidebar. 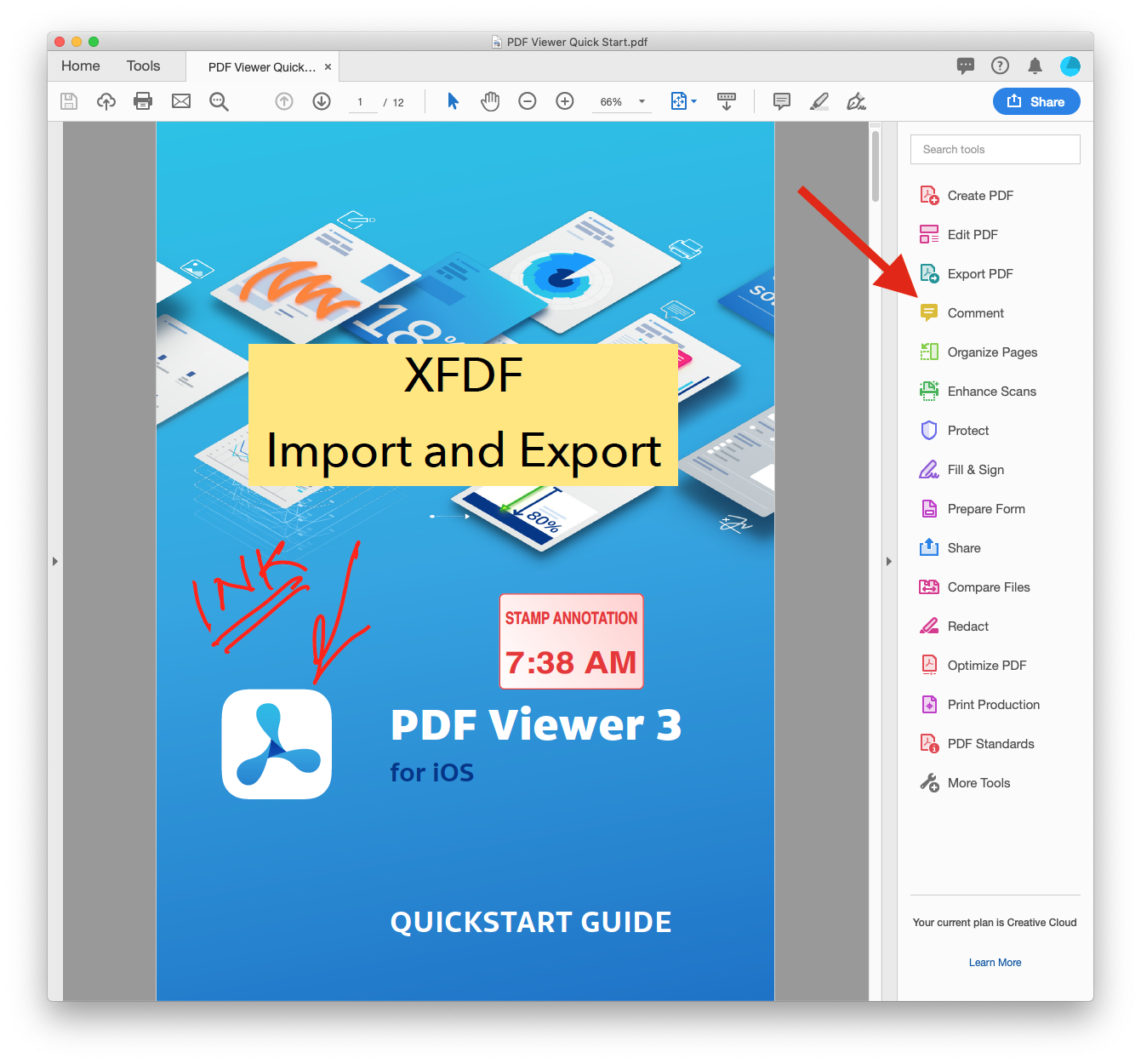 You can access the export function by clicking on the three dots and then choosing Export All To Data File. 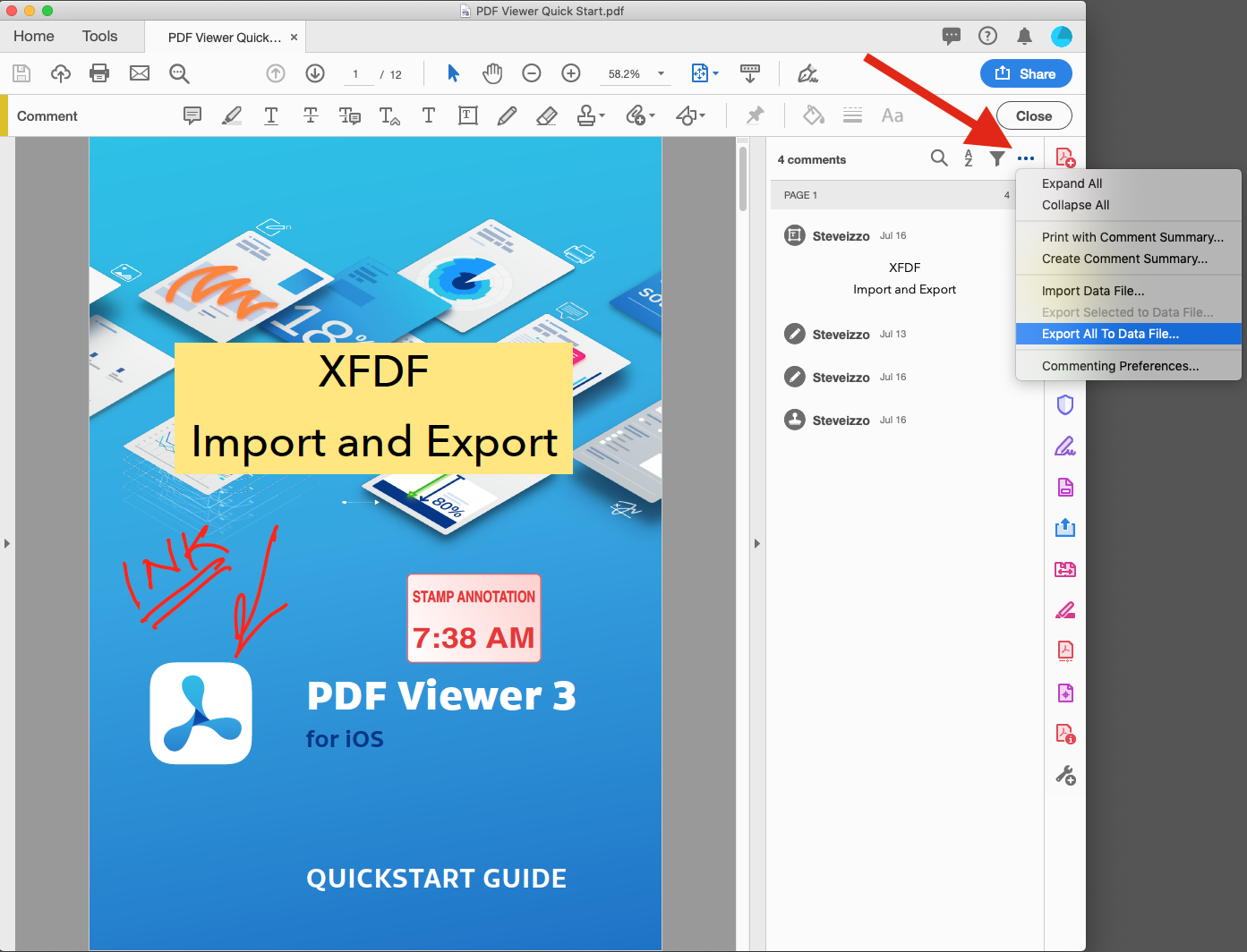 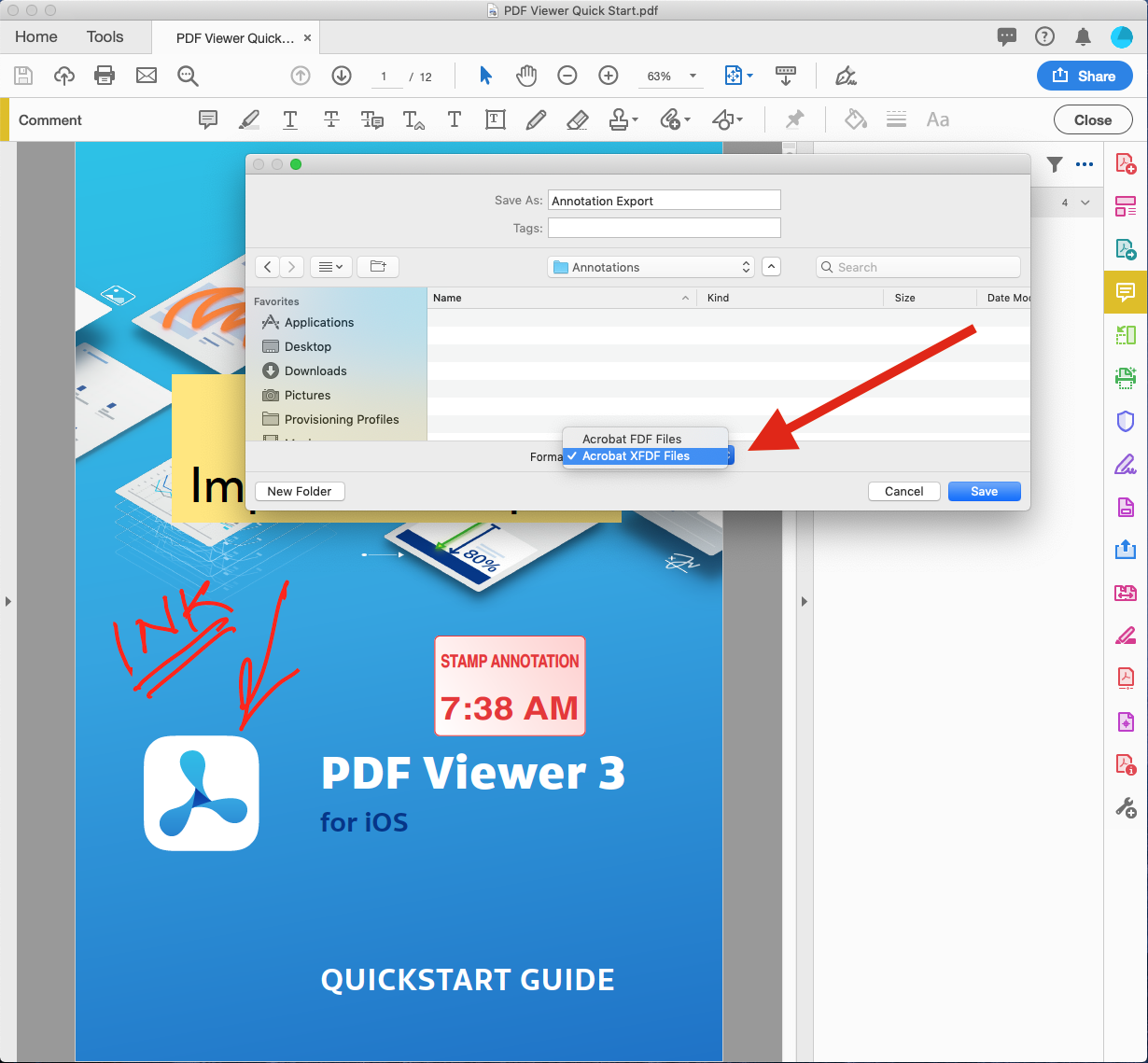 A successful export will result in a file with an .xfdf extension. 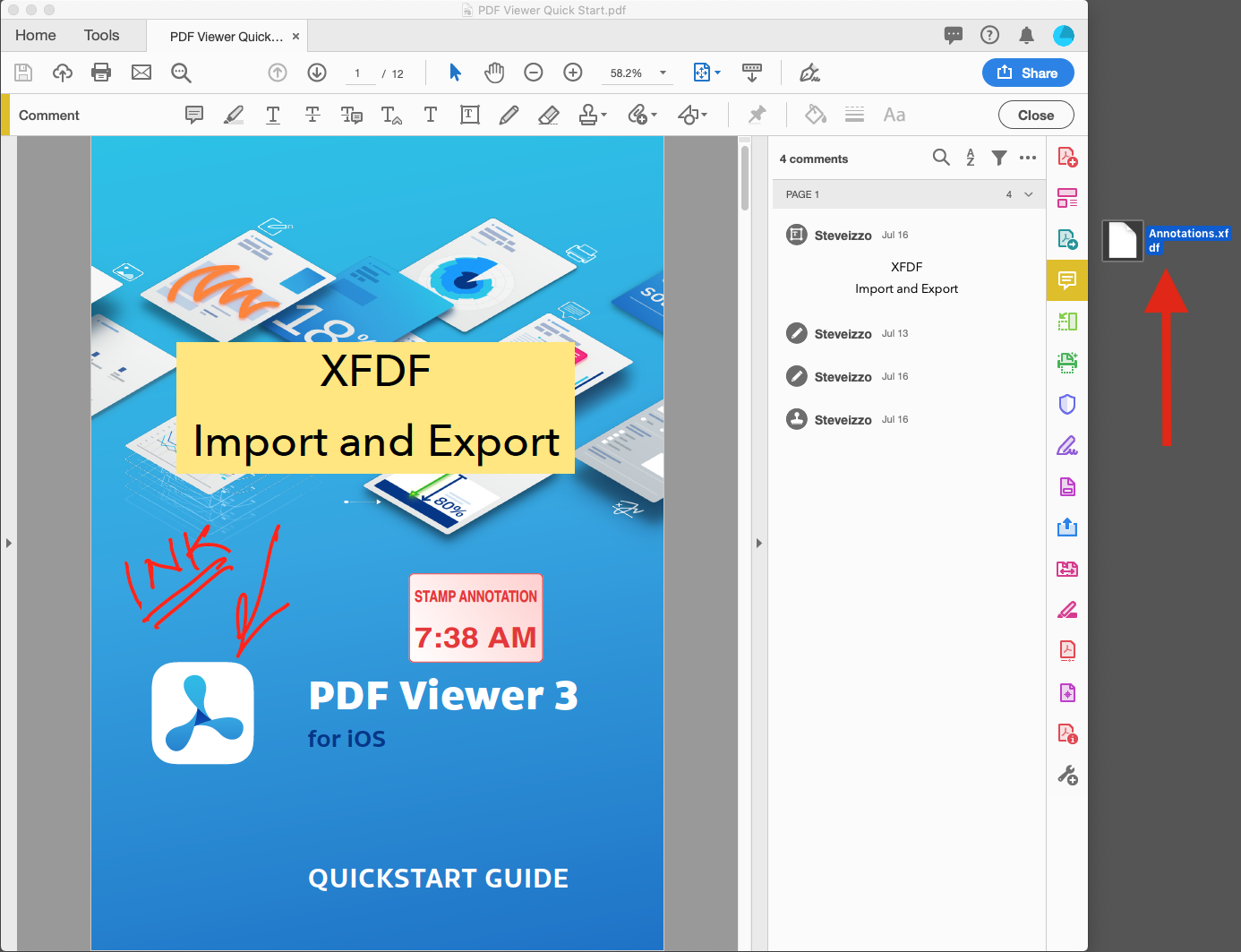 The export function is part of the Comments tool and is accessed by clicking on its icon. 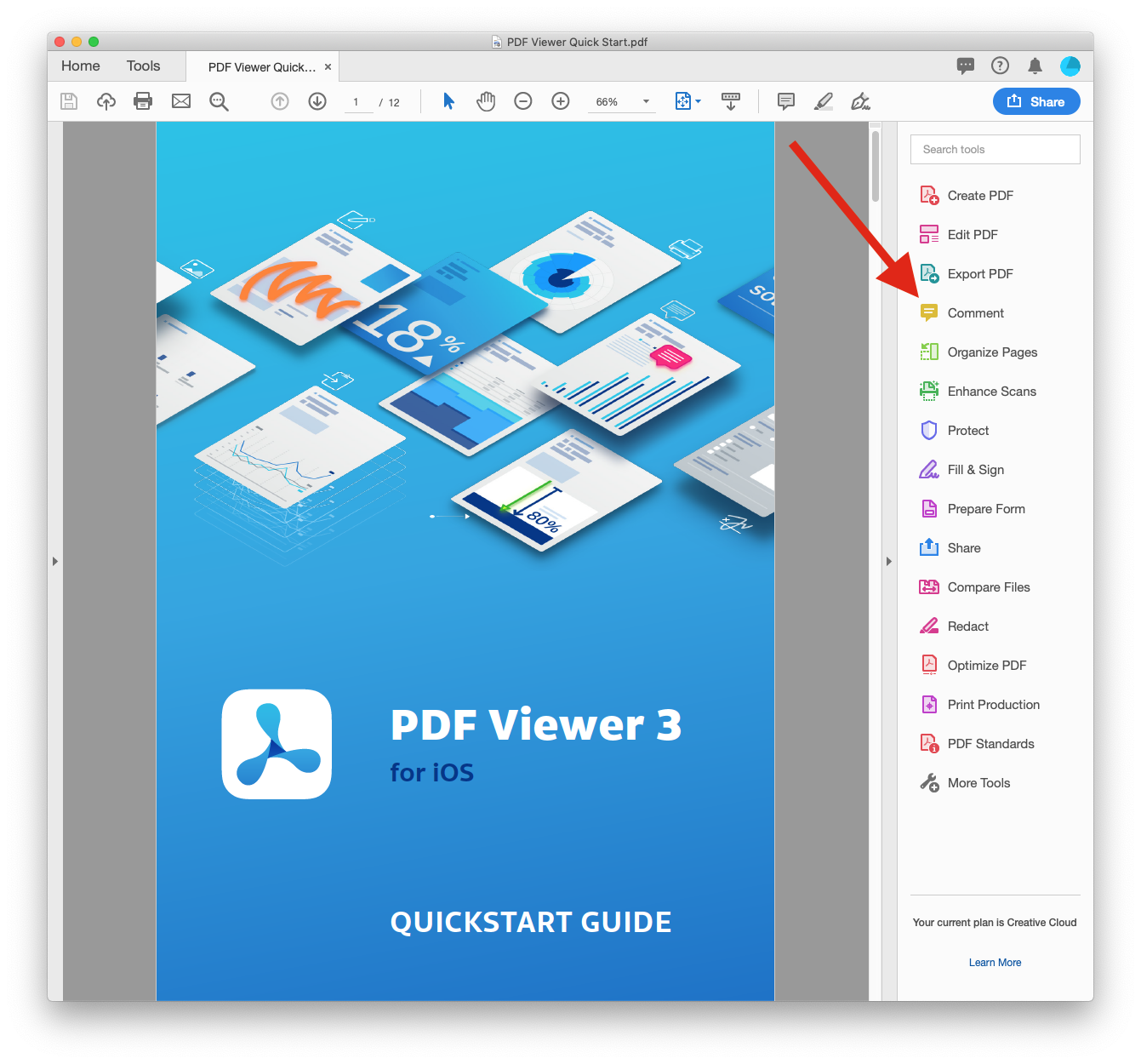 Click on the three dots to open the import menu, and then click on Import Data File. 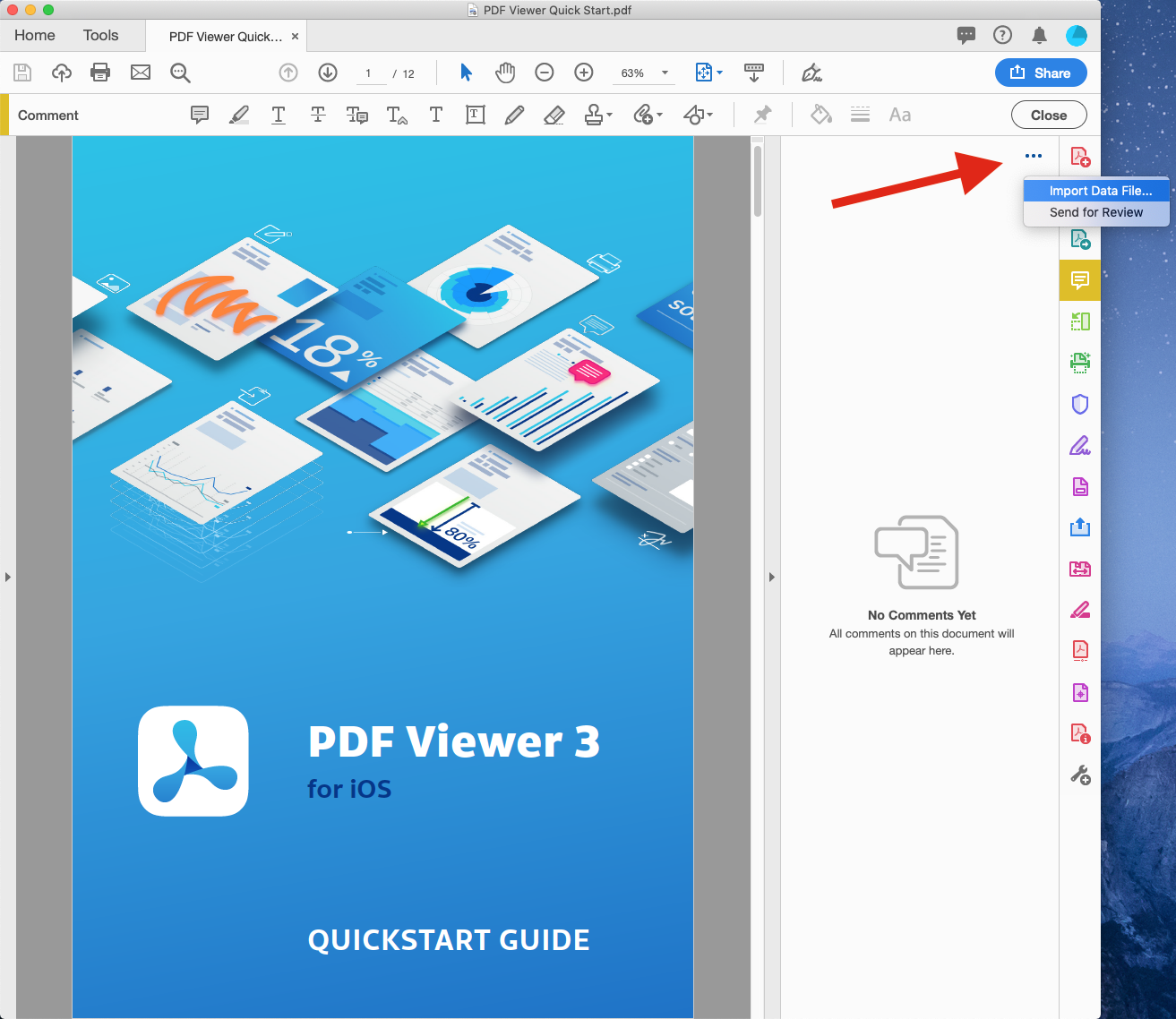 Highlight the .xfdf file you wish to import and click Select. 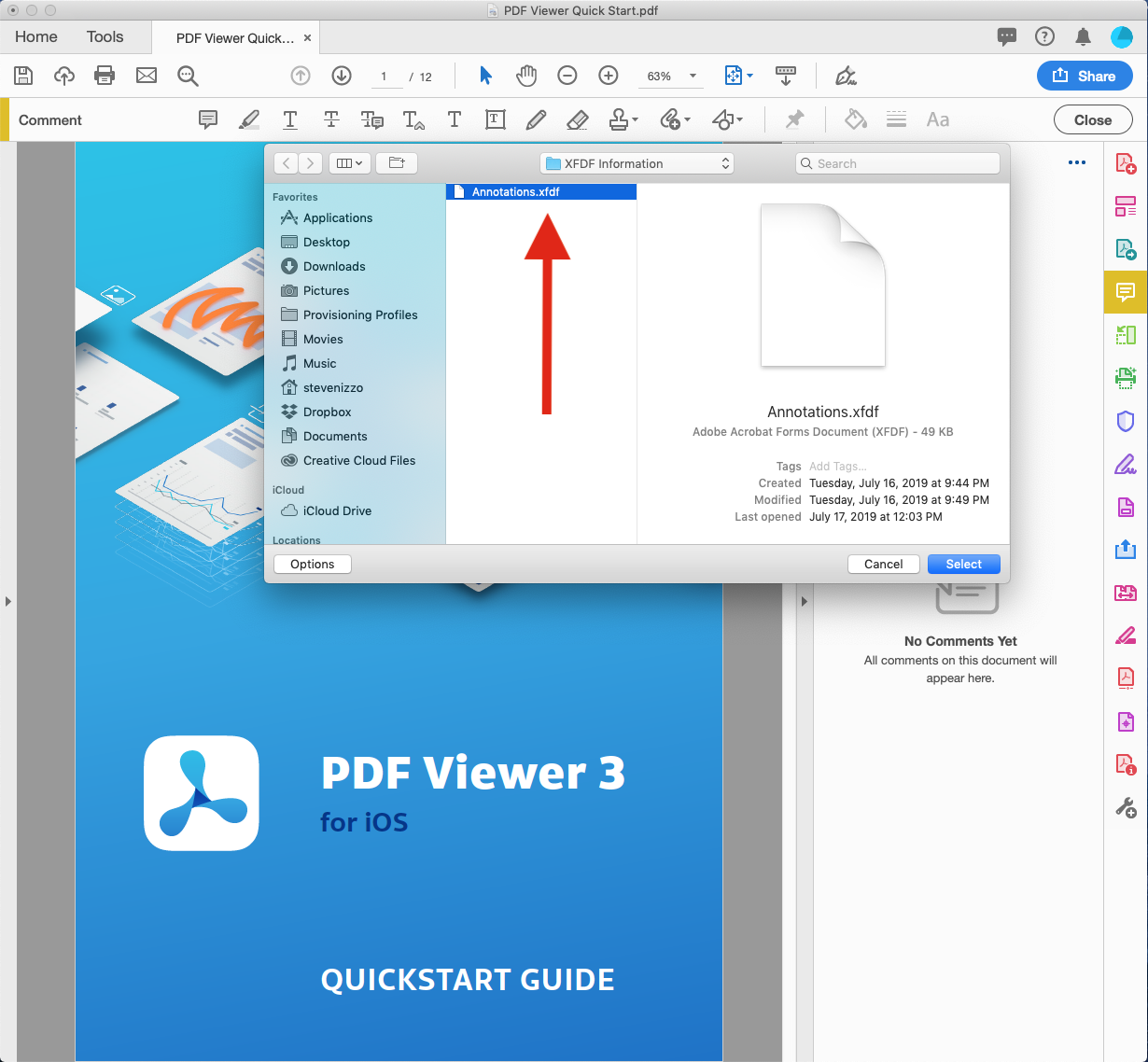 The import function completes with the annotations being placed on the document. 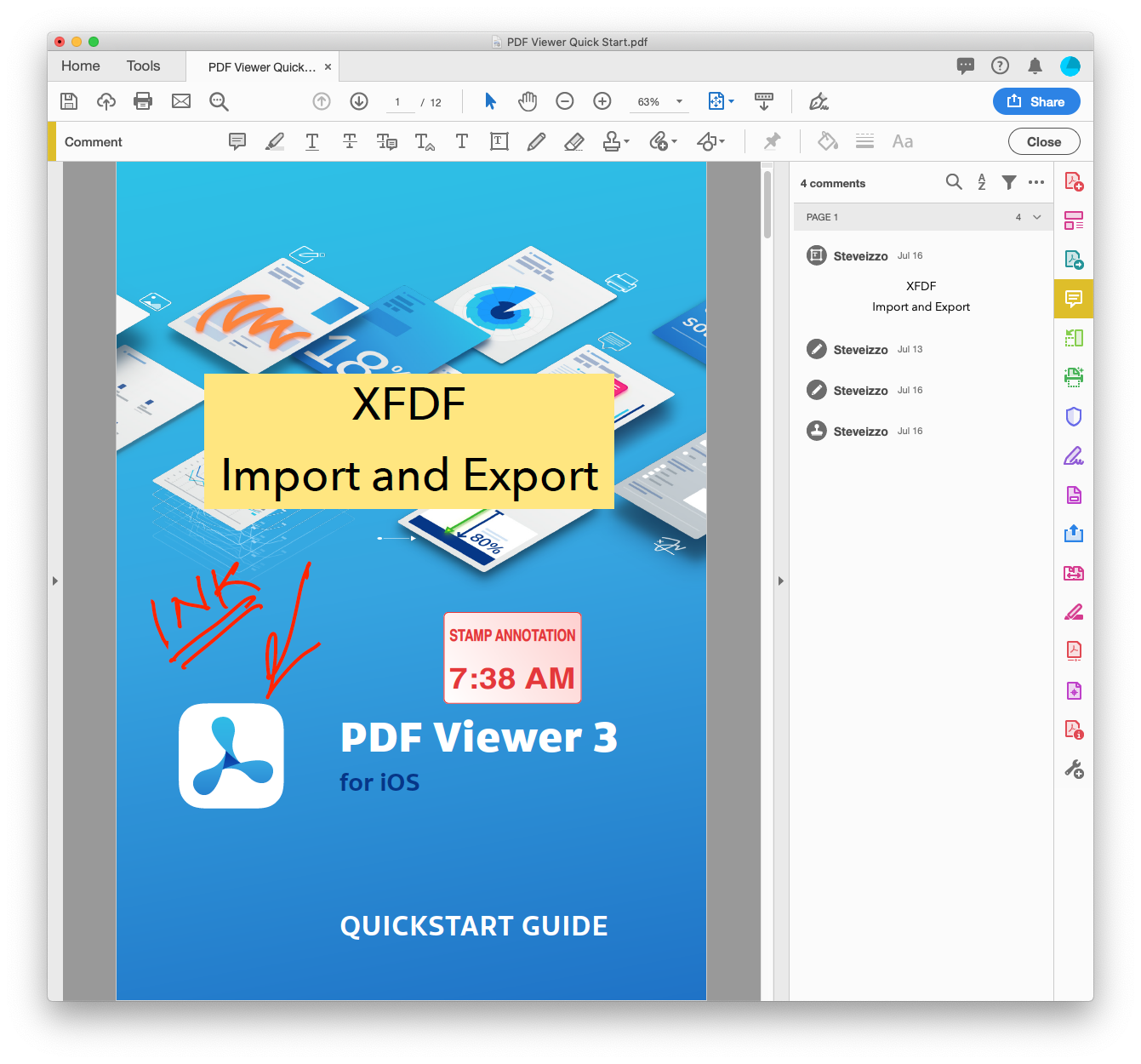