When uploading an app with an incorrect version string, the following error might pop up. 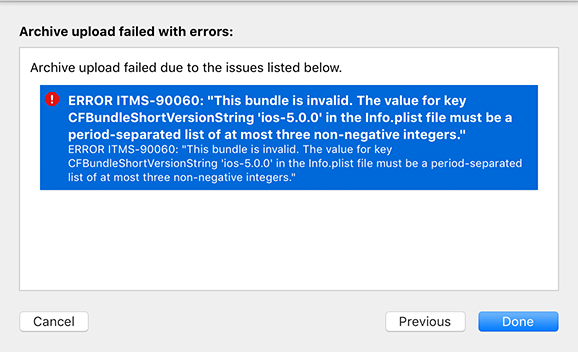 If you need to ship an older version, you can edit Info.plist in PSPDFKit to only include dot-separated numbers (e.g. deleting the ios- part). 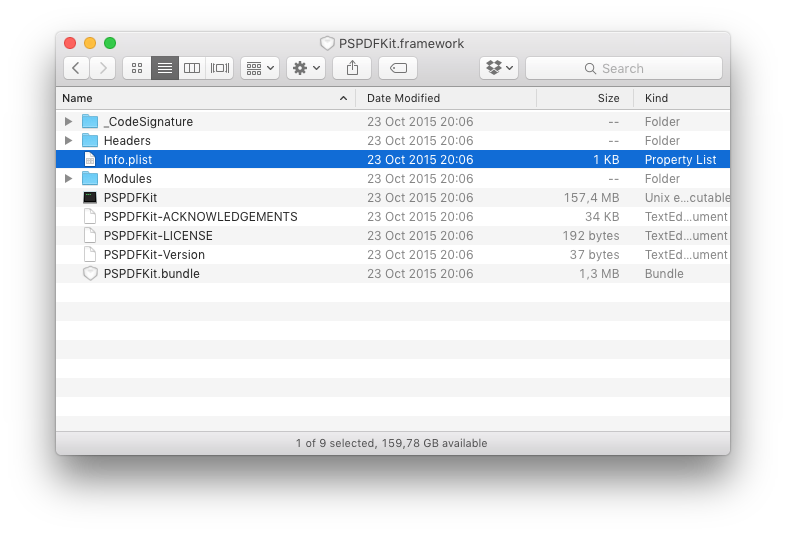 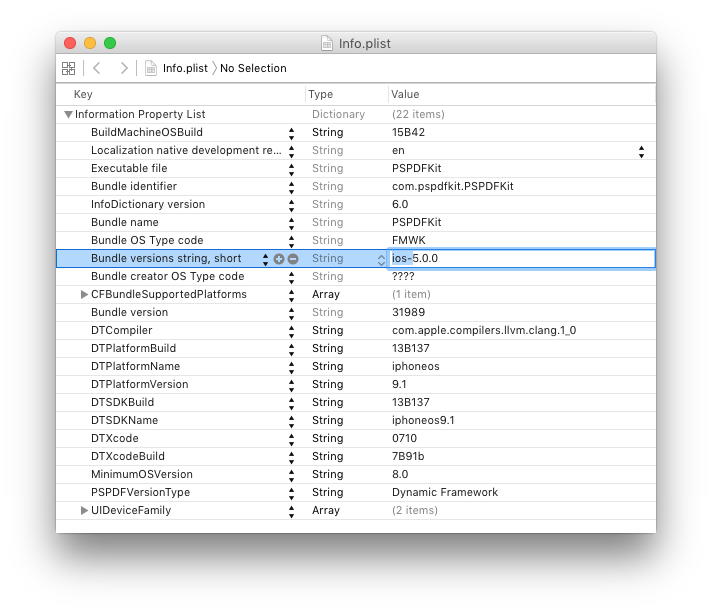