At PSPDFKit, we believe working remote is great.

For the individual, it gives you an amazing amount of freedom to get things done when, where and how you work best.

For the company, it ensures we can attract the best developers around the world without uprooting them from their communities, loved ones, and cultures to move them to the company home.

However, like most things in life, there are upsides and downsides to remote work. A few common disadvantages for an individual may include limited workplace social life, distractions, and work/life balance. And for the company - keeping track of employees’ work, side-by-side discussions on work-related problems, and cultivating a work community. Fortunately, many of these disadvantages can be solved by hiring intelligent, driven and trustworthy people, while using technology and transparent communication across the company. The most important, yet difficult, part to get right in a remote company is cultivating a work culture that makes your employees feel like family. This is why retreats are so important.

History of our Retreats 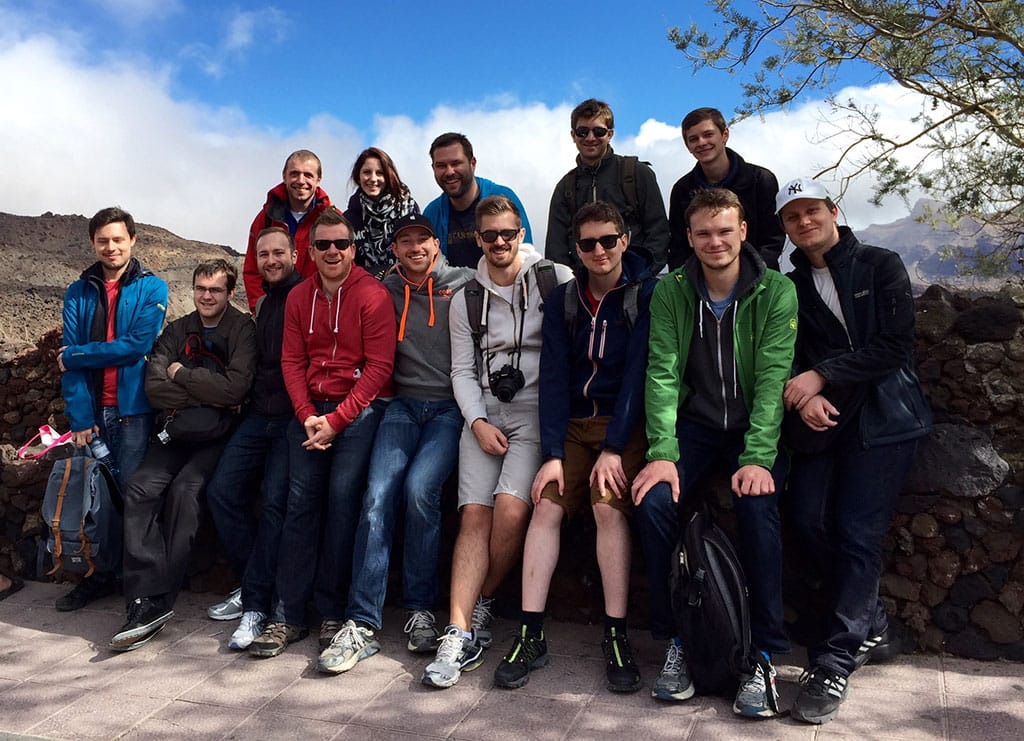 Our first retreat was 10 days long in Tenerife, Spain, when our team had grown to about 12 full time people. We made some great memories going up the volcano, drinking by the freezing pool, playing games and watching Euro Trip.

We also learned many things on this retreat about our embroynic-staged team culture. We learned how important and fragile it could be, how necessary a schedule is for expectations and communication, and how long is too long for a retreat to last even on an island paradise.

However, the one thing that jumped out to us was how alive our Slack communication became when we all returned home. It was as if friends had just met each other for the first time. For many of our team, they had never met the founders and, more importantly, never met their colleagues in person. After Tenerife, we saw the beginnings of our company community take root. 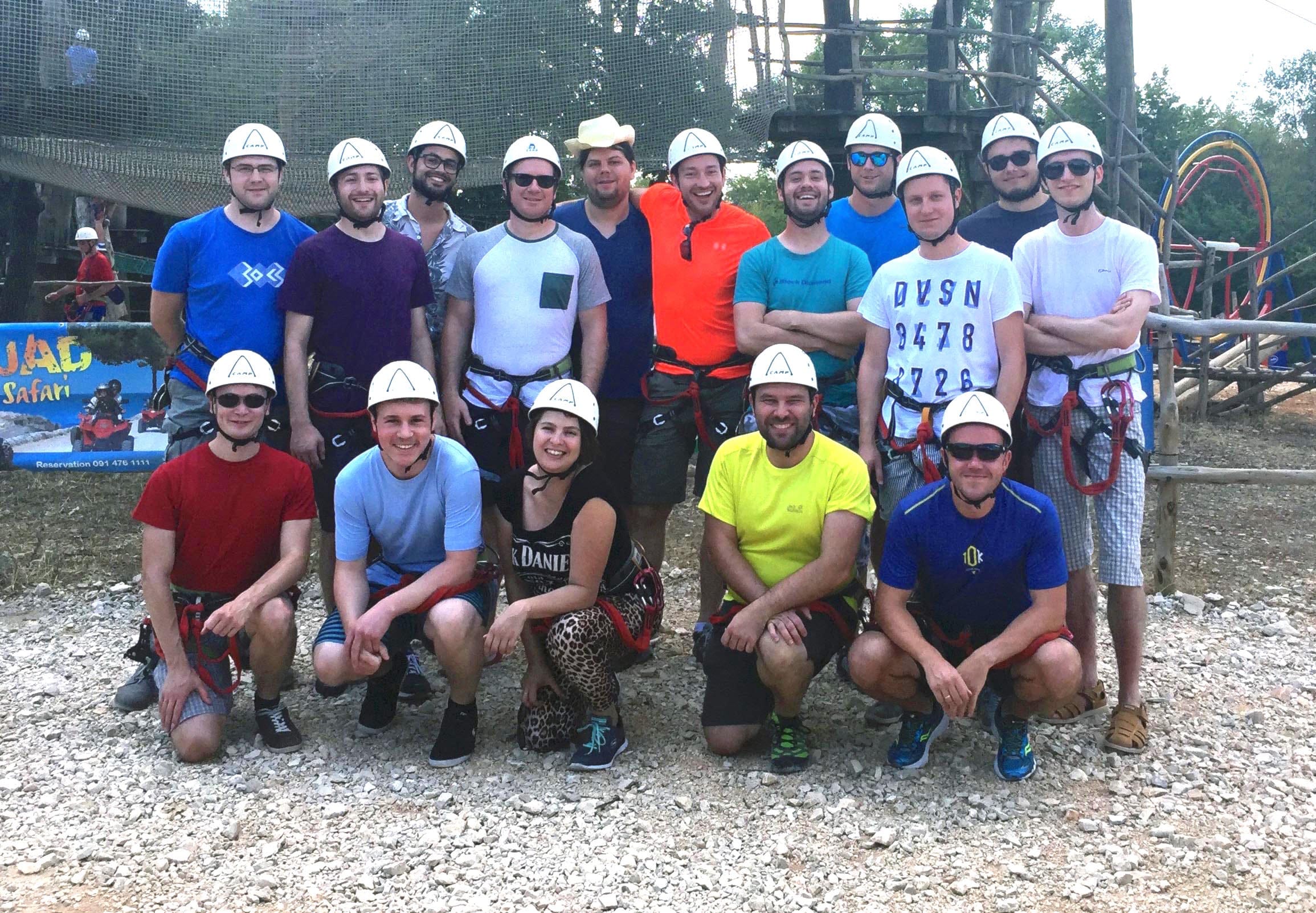 As time went on and we continued to grow, we began adding new faces that were not a part of the Tenerife retreat. It had been almost 9 months since the retreat and we began to see a pattern. The people that were on the retreat were talking as a part of a community and the people more recently hired were more cautious and removed from that community. We knew it was time for another retreat. So we agreed on Pula, Croatia, booked a place that could accomodate 18 people for a week and off we went. We had a schedule this time with a pool in the back, tech talks lined up from team members, a product idea discussion scheduled, and fun events planned like an adrenaline course, boat trip, and day at the beach. After the retreat, again our Slack was alive, but this time it really felt like a community of individuals invested in common goals. We were getting closer and this was awesome! 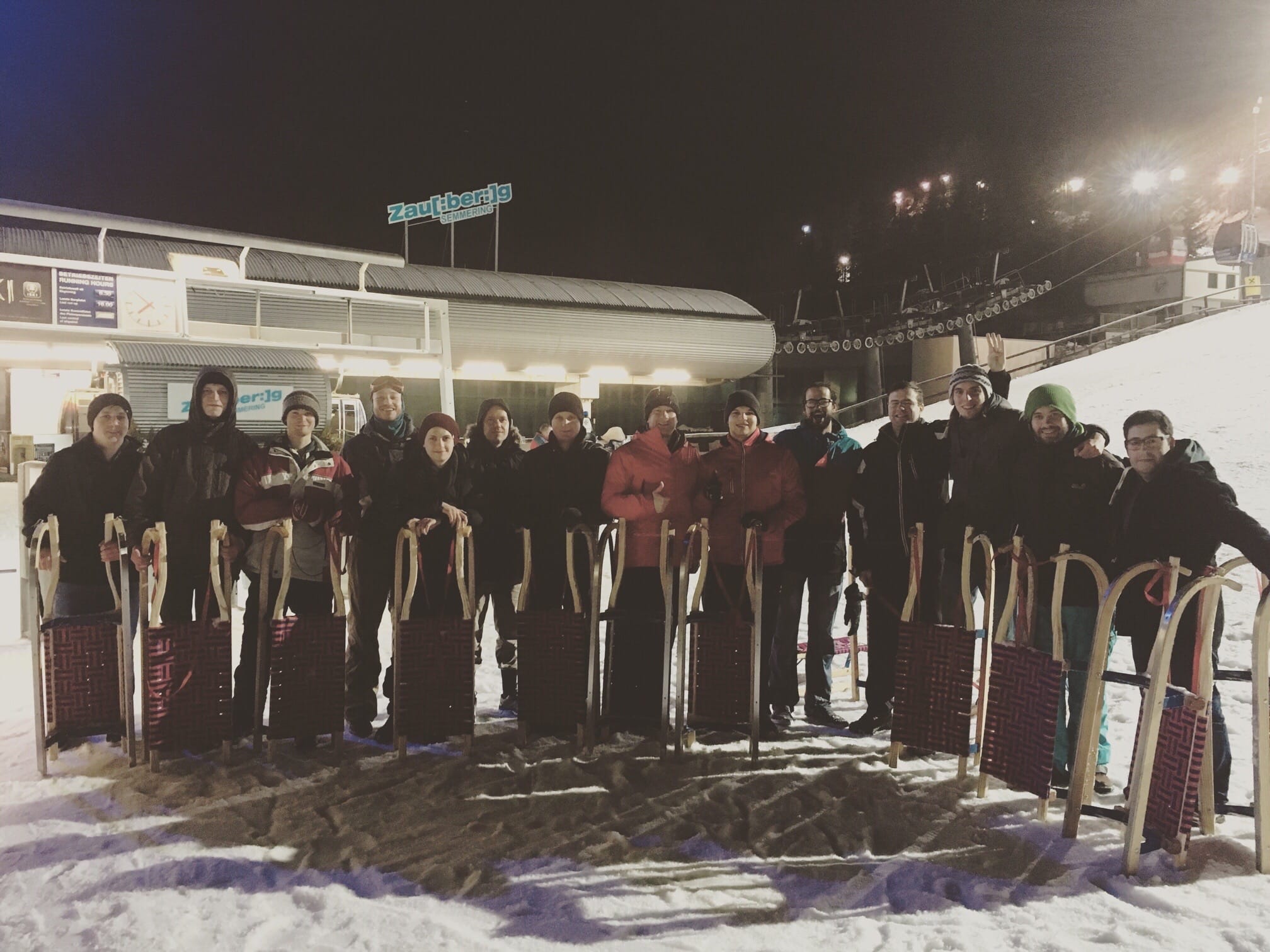 After seeing the benefits of the retreats and gathering feedback from the team, we’ve found that two retreats per year, one in late summer and another in winter in Vienna at our “headquarters,” was the sweet spot.

One our most recent winter retreat, we had grown to 26 full-time people and had a couple of new faces joining up right before and one right after the retreat, so the timing was perfect. At night, we went Rodeling (German for toboganning or sledding), had a mixologist come to teach us how to make PSPDFKit Cocktails, played laser tag and Escape the Room, as well as ate at some delicious restaurants in Vienna. During the day, we all worked hard together within our teams and as a company on our roadmap, new products, and where we’d all like to see the future of the company. We got the balance right between work and fun events, communicated effectively to everyone, and made sure the environment was so that anyone could voice their ideas on products, the roadmap, or the company in general.

After Vienna, as you might guess, there was yet another buzz in our Slack. 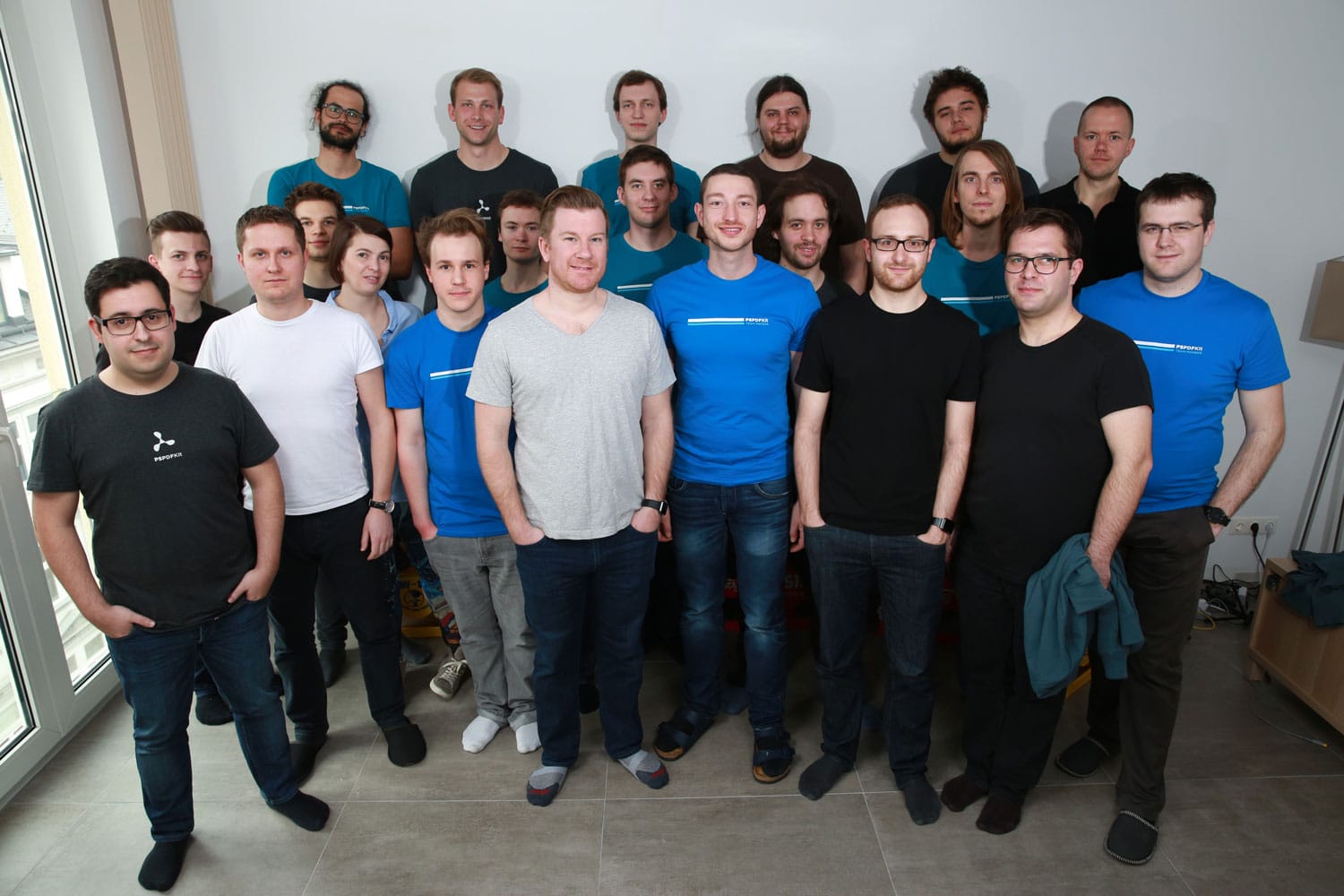 We’re currently on our third summer retreat in Catalunya, Spain, in the Costa Brava region. Finding accomodations for our entire team was more challenging this year since we’ve continued to grow, but we were lucky to find an amazing 700-year-old castle - Castell de Sant Mori - that could house us all.

Everyday we wake up to a local village bakery delivering chocolate croissants with stunning views of the Pyrenees mountains in the distance and amazing weather. We started the week off in team work groups discussing the roadmap, our new PDF Viewer, and issues on the horizon while learning from each other about the many technology platforms we work on now at PSPDFKit. We’ve survived canyoning through a river in the Girona Pyrenees, chartered a sailboat out of Palamós, and took a day trip to see Barcelona and Girona.

Probably the best thing we did on this retreat was an “Ask Me Anything” session, where team members could anonymously submit questions to us founders and we’d answer them. The team enjoyed the transparency and honesty of our answers, which lead to phenomenal discussions on how we can continue to improve things within our company. As the week is wrapping up and we leave beautiful Catalunya, it’ll be with a feeling like we just might be a part of something really special. 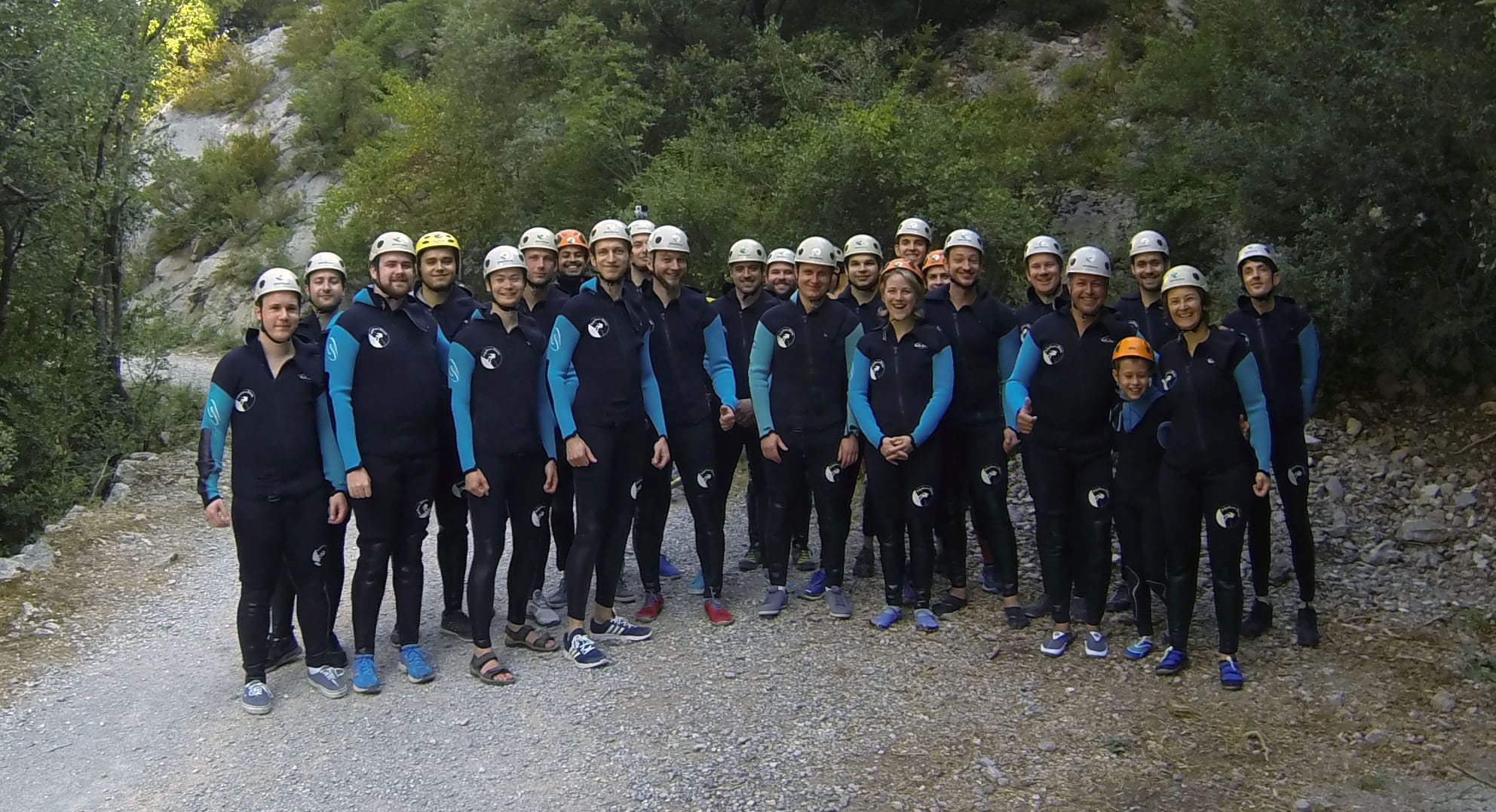 Below are some of the lessons we’ve learned over our retreats and how we’ve evolved the retreat based on the lessons. 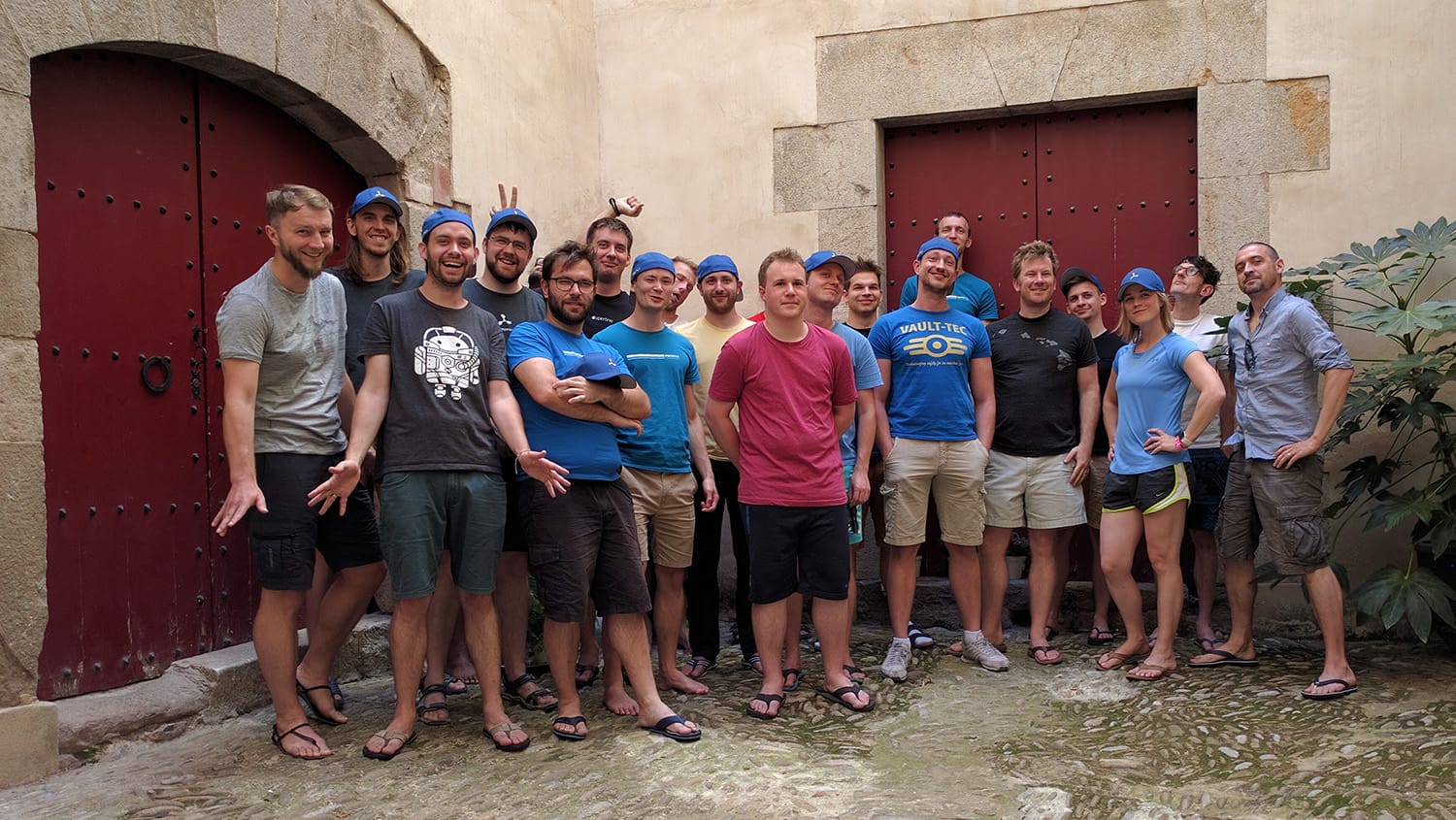 It’s clear from the above that we think retreats are very important to a remote company. Retreats present an opportunity for your team to work side-by-side and have colleagues meet face to face, all of which helps cultivate a community in a remote company. About a month after our Vienna retreat, while talking to one of our newest hires, I remarked that it felt like he had been here for awhile already, and his response was “that’s the power of the retreat.”