One of our Core Values here at PSPDFKit is that of continuous improvement. This means we prioritize doing and being better on the individual level, within our specific teams, and overall as a company. While there are various ways we apply this toward our work, one area we’ve focused on improving over the past couple years is in using inclusive language.

What Is Inclusive Language?

According to the Linguistic Society of America, “Inclusive language acknowledges diversity, conveys respect to all people, is sensitive to differences, and promotes equal opportunities.” In the workplace, this could mean anything from using gender-neutral language, to identifying and avoiding words that other people might consider harmful, and even moving away from slang terms or jargon-y language that might not be understood by everyone.

Why Use Inclusive Language?

One of the defining attributes of PSPDFKit is that we’re a remote-first company. There are many advantages to this, but one of the biggest is an increase in diversity, as we’re able to pull from a talent pool that isn’t necessarily location-dependent.

However, diversity doesn’t just mean hiring people from different countries and with varied cultural backgrounds; we also want to work with people from marginalized genders, people who are neurodivergent, and people with different ethnicities. Why? Because it’s been proven time and time again that diversity is linked to teams being more creative and better at making decisions and solving problems. As this article from the World Economic Forum explains, “Employees with diverse backgrounds bring to bear their own perspectives, ideas and experiences, helping to create organizations that are resilient and effective, and which outperform organisations that do not invest in diversity.”

Furthermore, a 2013 Deloitte research report defined inclusion as “an active process of change or integration, as well an outcome, such as a feeling of belonging. In essence, when organisations or individuals adapt their practices or behaviours to respond to people, then people feel included.” We want everyone working here to feel like they belong, and what’s more is we want the way we talk and present ourselves to reflect the diversity of our users. As a result, we started looking for ways to make our language more inclusive.

Some of the ways in which we do this are by stating our pronouns, using gender-neutral ways of addressing one another, creating parental leave policies that don’t reinforce gender stereotypes, moving away from more masculine-coded language in job ads, and recognizing and removing ableist language.

Personal pronouns can refer to a handful of things, but when discussing them within a cultural context, they typically refer to the ways in which people prefer to be addressed and referred to. The most common pronouns are she/her/hers, he/him/his, and they/them/theirs. But there are countless other ways people choose to refer to themselves — and often many of them are invented to fill in the gaps where language doesn’t offer suitable alternatives.

Many of us at PSPDFKit have gender identities (the gender we feel like inside) that match our gender expressions (the gender we present ourselves as). Being perceived by others the way we perceive ourselves is a huge privilege, and that means we don’t have to use pronouns. However, in an article in The Washington Post, Kat Jercich says, “Taking pronouns seriously signals that you’ve thought about what trans and gender-nonconforming people face.” In other words, stating our pronouns is about demonstrating empathy for others.

And so one of the first steps we took toward becoming more inclusive in our language was by sharing our pronouns. We began by asking each person at PSPDFKit to include their pronouns in their Slack profiles. As Slack is one of the primary methods of communication we have, it made sense for everyone to include them there. Additionally, when we redesigned our Team page, we asked everyone to tell us their pronouns and we included them so that visitors also know how we prefer to be referred to. Many of us took this further and have added our pronouns to our Twitter bios. It’s a small step, and it may not seem like a big deal, but this signals to other people that their pronouns also matter.

Another area where we made changes was in the way we address groups of people within the company. For example, it wasn’t uncommon to hear “Hey guys” in a company meeting as recently as a couple years ago. And yes, “you guys” is interpreted by many to be a way of addressing a general group, regardless of gender. But as Christine Mallinson, a professor of language, literacy, and culture at The University of Maryland, Baltimore County, says in this article, “simply calling it gender-neutral because we use it that way is not a great rationale.”

Especially in tech, which is overwhelmingly made up of men, using “guys” only further alienates anyone who might not identify as one. And at the end of the day, it’s not a lot of effort for us to be mindful of the way we talk within our company. So instead of using guys, we’ve found other ways to address the team. Some alternatives we use in our company include everyone, folks, people, all, and y’all, but there are plenty of other creative and fun options.

Another place we wanted to work to make language more inclusive was within our parental leave policy. This was as simple as changing gendered terms like “mother” and “father,” and even the more assumptive terms like “primary caregiver” and “secondary caregiver” to “birthing parent” and “non-birthing parent.” At the same time, we also recognize that many people choose to pursue other methods of having children that don’t involve giving birth themselves.

Beyond the use of gender-neutral language, the company also drafted a parental leave policy that doesn’t simply assume the birthing parent will be the one taking time off. Though it isn’t directly tied to language, the assumption that the birthing parent will also be the primary caregiver of a child further reinforces non-inclusive and gender-related stereotypes. As this article in Forbes highlights, “When we designate women/birthing mothers as the primary caregivers, we are not only limiting their potential in the office, but perpetuating stereotypical gender roles whereby: male = breadwinner and female = caregiver.”

Gendered language in job ads is something subtle; it’s not as overt as using pronouns like he or she. Rather, certain words are often associated with more masculine or feminine traits. In fact, studies have found that people with marginalized genders will say that a job posting with masculine-coded language is not interesting or appealing to them, but often without realizing that it’s the wording that subconsciously signals to them that they don’t meet the criteria or wouldn’t be a good fit.

According to Evidence That Gendered Wording in Job Advertisements Exists and Sustains Gender Inequality, which was published in 2011, “When job advertisements were constructed to include more masculine than feminine wording, participants perceived more men within these occupations, and importantly, women found these jobs less appealing. Results confirmed that perceptions of belongingness (but not perceived skills) mediated the effect of gendered wording on job appeal.”

To put this into more concrete terms: Words like “hack,” “challenge,” “ambitious,” and “driven” are masculine coded, while words like “collaborate,” “support,” “community,” and “understanding” are feminine coded. So to address this issue, we’ve started to run our job ads through a gender decoder tool. We also have worked hard at being more specific and descriptive in job postings.

Other small changes we made include changing the title of our jobs page to careers, favoring the word “developer” over “engineer,” and writing blog posts that provide more transparency on things like how we onboard, how we work, how we communicate, and how we succeed at being a remote company.

It’s important to point out that inclusive language doesn’t just refer to non-gendered language. Another huge part of being inclusive is avoiding ableist language. According to the Center for Disability Rights, “ableism is a set of beliefs or practices that devalue and discriminate against people with physical, intellectual, or psychiatric disabilities and often rests on the assumption that disabled people need to be ‘fixed’ in one form or the other.”

In tech, this often takes on the form of describing something as “crazy,” when what is really meant is that it’s something we can’t fathom, or that is unexpected, or that is new or unfamiliar. Another phrase that pops up a lot in documentation is the term “sanity check,” when what we’re really trying to determine is if something is true or reasonable.

Many people who have a history of mental health issues or who are disabled will argue that ableist language doesn’t hurt them personally. In fact, there are plenty of people who have reclaimed these terms and use them to describe themselves. But the point is that if it causes harm to just one person, that’s enough reason for us to make use of other language that’s available to us.

Self-Defined, which is a project built by Tatiana Mac, points out that “using (ableist) language causes harm to our mentally ill, neurodivergent, and disabled colleagues.” So we asked ourselves: Why use often vague and potentially harmful terms to describe something when we could just as easily use more creative, descriptive, and non-problematic wording to say what we mean? For us, this meant searching through documentation and blog posts to find terms like “blind,” “sanity,” and “crazy” — which are 100 percent unnecessary to convey meaning — and replacing them with more precise words.

The tech industry is still, by and large, a difficult and sometimes hostile place for people who are not cis men, who are BIPOC, and who have disabilities to work in. But thankfully, we can use our language to help turn the tides. Afshin Doust wrote in an article in Forbes that, “Inclusive language helps to build trust by giving colleagues a vocabulary of respect.” This is because when people feel like they belong, they will, in turn, thrive at work and be more inclined to contribute in positive ways.

It’s important to us that we not only respect the people we work with, but try and make a difference, even if that difference is only felt and seen within our workplace. While we all have a lot more we can do to improve things, we at PSPDFKit have recognized that using inclusive language is a small and actionable step we can take. We hope this is the beginning of building a more inclusive workplace and toward making tech more welcoming for everyone.

An Incomplete Guide to Inclusive Language for Startups and Tech Breaking Down Tech Privilege From the Inside Gender Neutral Pronouns: What They Are & How to Use Them ’Ladies’ Is Gender Neutral The Problem With ‘Hey Guys’ The npm Guys Jar Why Sexist Language Matters Gender-neutral parental leave: Supporting families, children and employers How gender-neutral parental leave helped me grow as a father, manager and leader You Don’t Know It, But Women See Gender Bias in Your Job Postings Evidence That Gendered Wording in Job Advertisements Exists and Sustains Gender Inequality Can a few well chosen words improve inclusivity? Self-Defined Why Ableist Language is Harmful No Joking Matter: Words and Disability Finding Alternatives to Ableist Language Writing inclusive documentation

The Case for Ad Hoc Engineer 1:1s with Newcomers 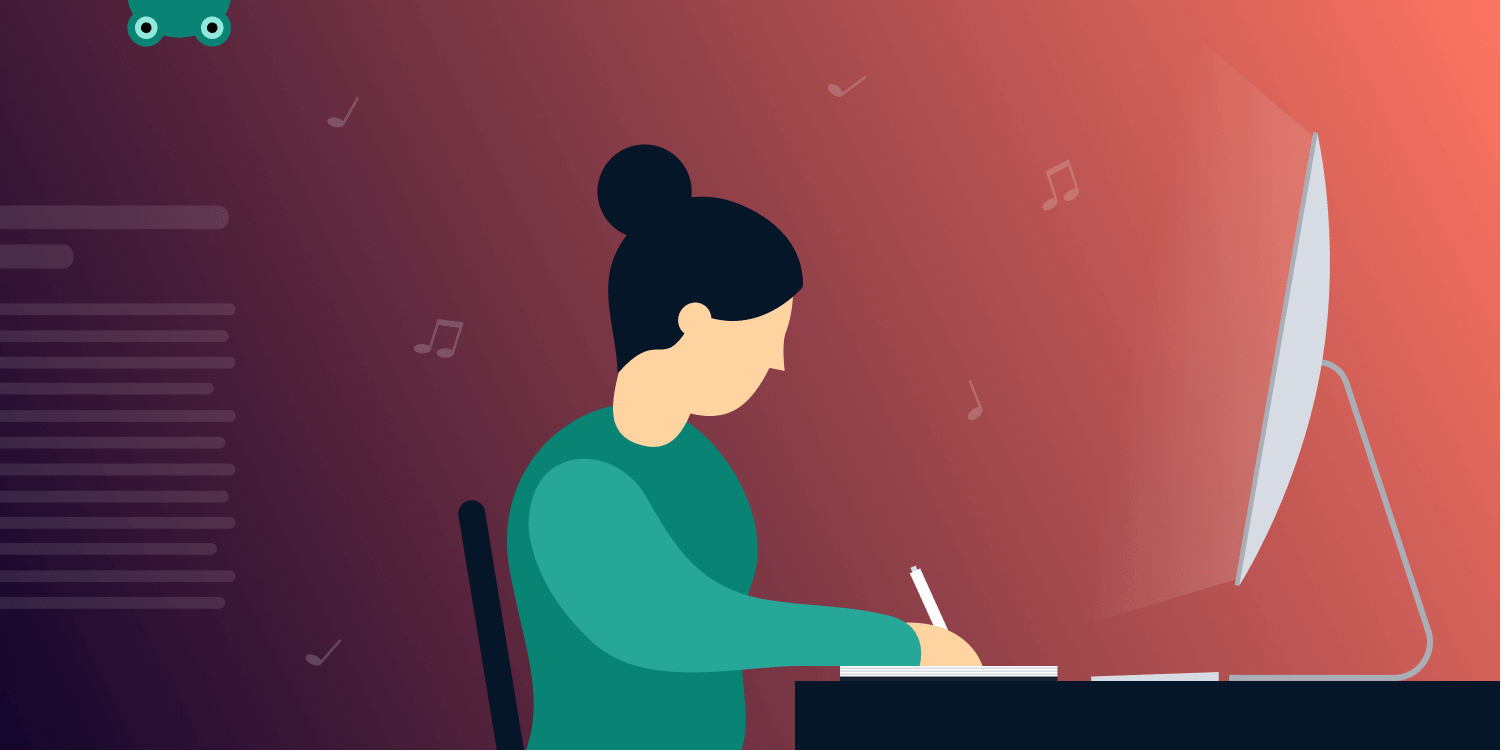 While We Work: How We Stay Productive 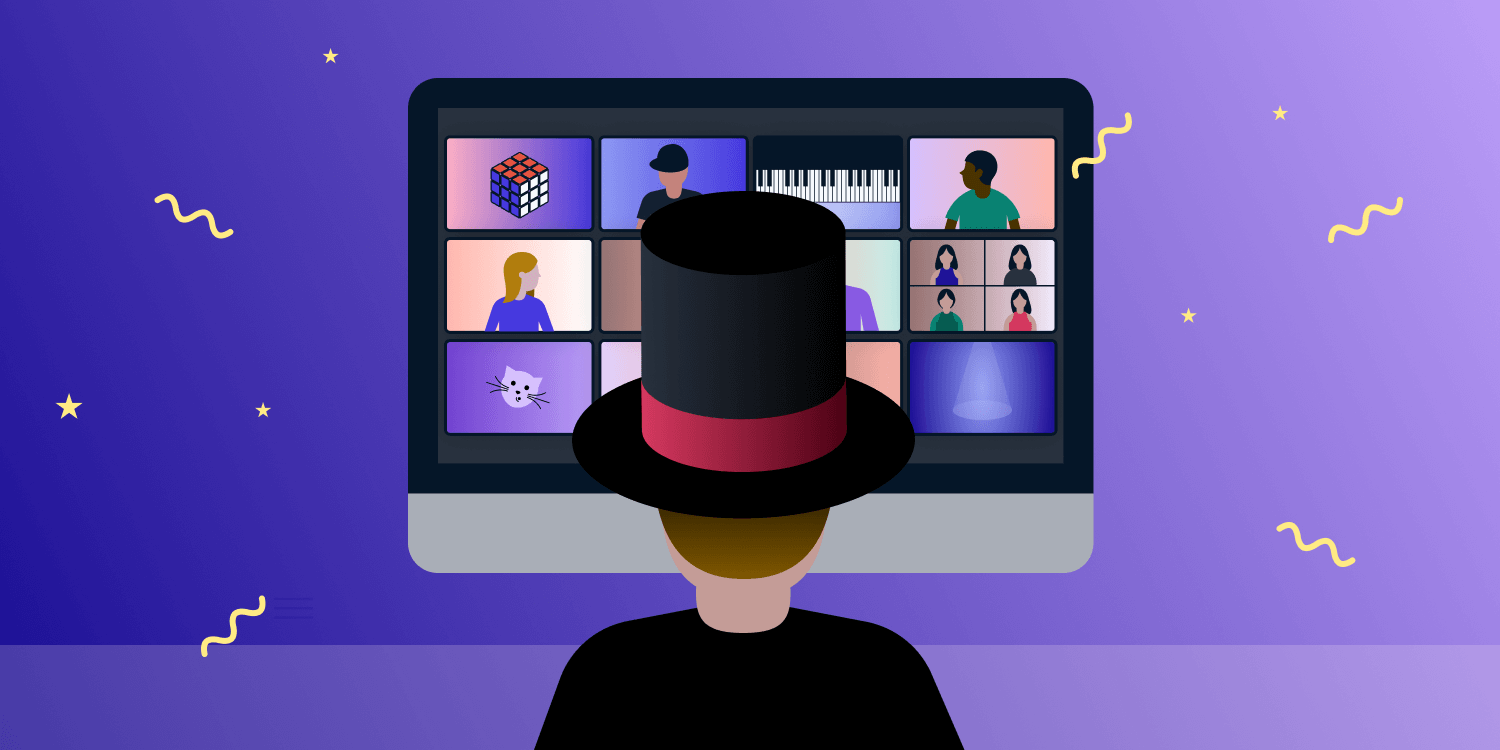 How We Forge Togetherness